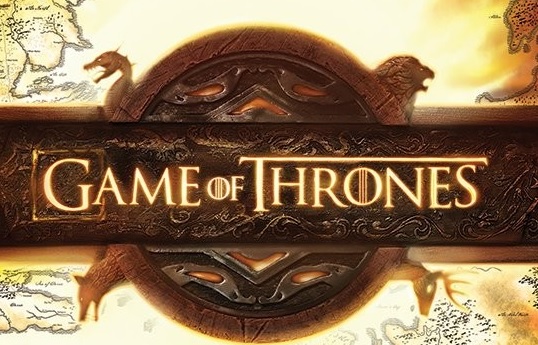 But don’t just take my word for it.

Another guy who feels that way way is Ed Reeves, co-founder and director of Moneypenny. Recently Ed and I talked about Game of Thrones, and here’s what he thinks every leader can learn:

When George R.R. Martin wrote the Song of Ice and Fire novels, it’s unlikely his intention was for them to become self-help books for entrepreneurs seeking leadership advice. Full of gratuitous violence, incest, black magic, and dragons, the books don’t bear much resemblance to real life, thankfully. Take these factors away, however, and HBO’s Game of Thrones is a simple story of the battle to be the best: the best warrior, the best leader, and the best kingdom.

That’s something every entrepreneur can relate to.

So what leadership lessons can you learn from the Seven Kingdoms? A surprising amount — and here are my top four:

1. Vigilance is a virtue.

The eighth episode of season four of Game of Thrones brought with it one of the most horrendous, yet superlative, bits of TV that I’ve seen, the kind of thing that makes you need a nice sit-down and cup of tea afterwards.

Entitled The Mountain and the Viper, it centers on a seemingly unwinnable fight between the distinctly average-size Prince Oberyn and his giant-like opponent Ser Gregor. Much like a small business, though, Oberyn’s agility means he’s able to run rings around his larger competitor.

Unfortunately, he also suffers from a momentary lapse of concentration, and Gregor seizes his chance to end the prince’s life. (If you haven’t seen the episode, picture an overzealous toddler squeezing a grape in his hand.)

Brutal, sure, but in business terms there’s a simple lesson to be learned: Always stay alert and focused on the job at hand.

If you’ve ever watched Game of Thrones, you’re familiar with the saying, “You know nothing, Jon Snow.” Ironically, it couldn’t be much further from the truth. The illegitimate son of Lord Eddard Stark, Snow has quickly risen from being the black sheep of the family to become Lord Commander of the Night’s Watch.

Why? Not only is he brave, clever, and quick thinking, but the brooding hero also believes in himself and isn’t afraid to follow his instincts — qualities that every good leader needs by the bucket load.

As a result, he’s won the respect of nearly everyone around him (even the Free Folk, a tough crowd by anyone’s standards) and has so far managed to avoid dying in a puddle of arterial spray.

So while other men in the Seven Kingdoms were busy getting drunk or sleeping with their sister or plotting unthinkable acts of violence, Snow emerged as someone to watch in the battle for the Iron Throne.

He’s both the ultimate underdog and proof you should never underestimate yourself.

With a penchant for warmongering and a stature that resembles New York Jets nose tackle T.J. Barnes, the Dothraki should have made formidable opponents.

Yet the Lannisters, Starks, and Baratheons weren’t afraid of them for one simple reason: The Dothraki were scared of the sea, and everyone knew it.

So despite their nifty arakh skills and vast army of 40,000 horse-mounted warriors, the Dothraki’s fear rendered them impotent, stuck in a rut, and unable to grow or become more powerful.

In tech terms, they were the BlackBerry of the series: a big player in its own world but arguably oblivious to the opportunities in the land of touchscreen phones. All the while, its rival, Apple, was setting sail to explore new territories.

The result? BlackBerry has reportedly suffered losses while Apple has raked in incredible profits — and for a while, at least, it seemed no city was safe from its dominance.

4. Empower your staff and you reap the rewards.

For all her beauty, Daenerys’s brain and natural leadership skills have helped her get the most out of her people.

For example, by giving freedom to the Unsullied, the khaleesi has created the perfect army. Once fulfilling a role because they had to, now the Unsullied are driven by passion and allegiance and are united in their cause of good over evil.

Any business that replaces “need” with “choice” will outperform its competitors, hands down. In product terms, for example, people need a cell phone but want the latest Samsung Galaxy, iPhone, or HTC. Creating a want is a goal every entrepreneur should aim to achieve.

Likewise, the ability to inspire employees is equally valuable. Think back to your previous jobs. Whom did you work harder for, the boss who made each day miserable or the boss who treated you fairly and made work fun?

Inspiring a work force will always yield better results than ruling with fear. Even though it never hurts to have dragons, as my mom used to say, “You catch more flies with honey than vinegar.”