SHUT UP! 10 times You Should Keep Your Mouth Closed 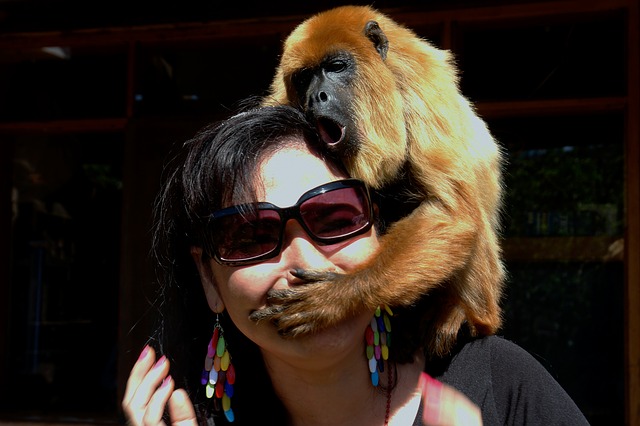 One of the most valuable tools of today (personally AND professionally) is having the knowledge of when to open your gob and when to keep it shut!

We all sometimes don’t speak up when we should, and do speak when we shouldn’t. But successful people do a lot less of this and know the value, particularly, of keeping quiet.

Here are ten examples of instances in which you would be better off not saying anything.

When you want to correct someone: Particularly when that someone is a new acquaintance or a superior.

There are times when you need to correct people, like if someone says, “Bob cost the company a million dollars,” and you’re Bob and that’s not true. But, say someone says, “As everyone knows, we only use 10% of our brains,” which is one of those non-factual “facts” that people spew all the time (we actually use our entire brain). If you correct them, you might embarrass them and you’re not actually going to gain anything. They might not believe you and you could wind up in a dumb argument about it, taking out your phone and finding sources that prove you’re right until you shut them down. Sure, you’ll have demonstrated your superior knowledge, but a lot of people actually hate that.

When you have set a big goal: You might think that announcing your intentions to others will increase your chances of achieving your goals, but research suggests the opposite is true. NYU psychology professor Peter Gollwitzer found in four different studies that people who kept their intentions to themselves were more likely to achieve them than those who made them public. Another reason for not trumpeting your big plans is that if you don’t follow through, you’ll be seen as flaky.

When you want to gossip: When you want to say something negative about someone behind their back, don’t. Just don’t. There is almost never a good reason to do this. It makes you look petty, childish and meanspirited. And it might get back to the person you’re slandering. I say “almost never” because sometimes someone might do something truly terrible and you might need to discuss it to decide what course of action to take. But this is rare.

When the deal isn’t quite done: Look to that old adage about counting your chickens before they’re hatched. If you’re making a deal of some kind, never announce it until everyone has signed on every dotted line and everything is airtight. You’ll feel stupid if things fall through.

When you’re mad: When someone annoys you, don’t respond right away, as you are likely to blow up and/or say something you will regret. And you can’t take it back. Even if you apologize, people will not forget. You’re weak when you’re angry. Don’t act in a moment of weakness. Even if they’re wrong and you’re right, you won’t come out of it looking good.

When you’re drunk: It’s really hard to keep your mouth shut when you’re drunk. But alcohol lowers inhibitions and you’re far more likely to say something inappropriate when inebriated. I once told someone she was “really annoying,” after several glasses of wine. She is, but I felt terrible later. If you are able to keep quiet after a few, do so. Or cut yourself off before you get to the point of brutal honesty. And if it’s an office party, two drink limit. When you’re about to ask a question that isn’t really a question: If you’re sitting in a meeting that’s about to wrap and you find yourself raising your hand to say something like “So, we’re going to use our core competency, reach out, ride the swim lane and move the needle until we shift the paradigm?” Don’t. You’re not asking an actual question. You’re spewing corporate jargon so that people will know you’re in the room, and they will hate you for it, because they want to end the meeting and get back to their jobs.

When you’re about to complain: It’s hot, you have too much work, something smells, the project is stupid. All true, probably, but keep it to yourself. Nobody likes a whiner. (Note to self: learn to follow this rule better.)

When someone else is being a jerk: When someone else is being stupid, rude, belligerent, or an idiot in some other way, let them. Don’t call them out, get mad, or insult or embarrass them. First, they could just be having a bad day, or not know how to handle themselves in whatever situation they’re in. Be kind, and you’re likely to diffuse things far quicker than if you react in a like manner. If the person really is just a horrible jerk, they’ve got enough to deal with in life, and will eventually pay the price without your help. As my boss Peter Harris likes to say, “Everything is its own reward.”

When you’re about to talk to fill the silence: Silence can be awkward, but there are a couple of reasons you shouldn’t necessarily rush to fill it. The first is that some people just like to think before they speak and aren’t as freaked out by pauses as others. So, when you jump in to fill the void, you’re actually cutting off their thought process. Wait a beat and make sure they’re not preparing to speak. Another reason is that, if you’re both uncomfortable with silence, sometimes you can learn a lot by letting the other person fill it, as we often tend to overshare when we want to impress and overcome any sort of awkwardness that could be perceived as our fault for not holding up our end of the conversation. This tactic is particularly useful when conducting interviews or during meetings. Another main reason not to talk is because when you’re talking, you’re not listening. And listening is the most important thing you can do.

Next post FAMILY FRIENDLY AND PICK YOUR OWN FARMS IN NIAGARA!