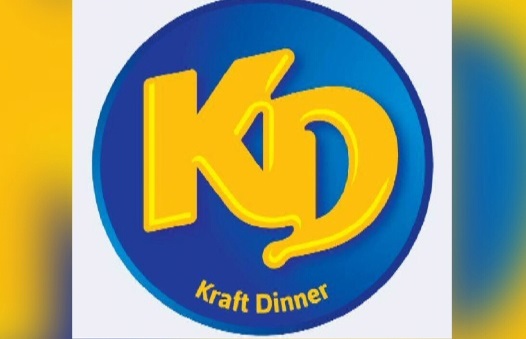 It’s true….it’s changing Canada!  Everyone’s favourite mac and cheese dinner is officially changing its name to KD!!  Kraft Canada announced Thursday that it had killed about 82 per cent of the product’s name to rebrand it simply as “KD.”

Anyone who watches the tube knows the KD branding isn’t exactly “new”… Remember this commercial?

This marks the first time in nearly 80 years that the popular box of goodness will be sold in Canada as something other than Kraft Dinner — a name that has been uniquely Canadian since the 1970s when U.S. markets ditched it in favour of Kraft Macaroni and Cheese.

The campaign also took to the streets of Toronto with displays of the new KD logo and free boxes of KD. And the name isn’t the only thing that’s changing. KD won’t be the same glowing orange colour as Kraft promised in April to remove artificial preservatives and synthetic colouring from its Kraft Dinner Original by the end of 2016.

Brand manager Kristine Eyre said of some of the changes:

“What we learned from consumers is that they still love KD, but it’s not as top of mind as it once was,” she said. “They feel they’ve outgrown it either emotionally or functionally. This was a huge ‘aha’ for us. We looked again at our product and our brand and asked what we need to do to drive that consideration?” KD has been a staple of Canadian diets since it was introduced in 1937.  What do you think?  Like the “new” name?