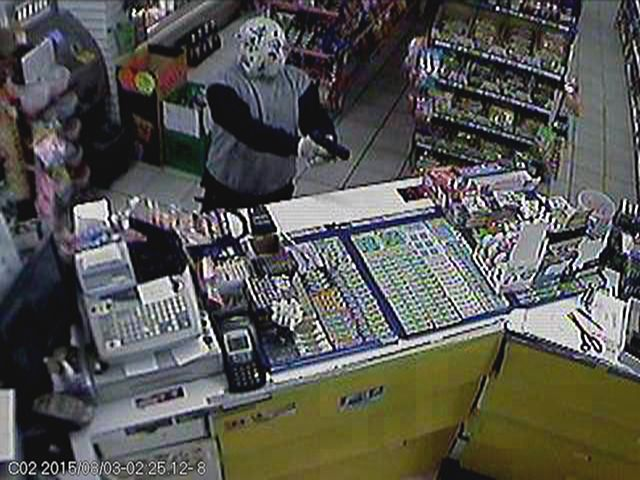 According to police, shortly after 2:00am on Monday August 3rd 2015, two masked male suspects entered the Danny’s Market convenience store located at 183 Lake Street in the city of St.Catharines. The male suspects brandished weapons and demanded money. The suspects then stole a quantity of money and other items before they fled the area on foot.

One suspect was described as a white male, approximately 20 years of age, 5’10” tall with dirty blonde hair. The second suspect was described as a white male, approximately 20 years of age and 5’8″ tall. If anyone has information in relation to this incident, they are asked to contact Detective Brandon Southcott at (905) 688 4111 ext 4358 or Brandon.southcott@niagarapolice .ca