The Boss Who Meant the Most to Me, and Why 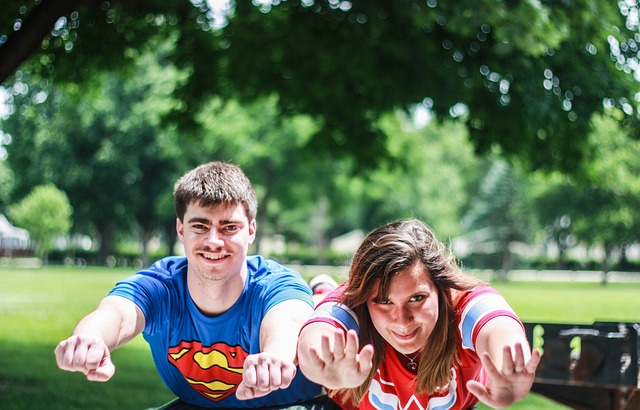 For those who aren’t familiar with the program, AmeriCorps is the less well-known domestic equivalent to the Peace Corps. After joining you were placed in a nonprofit and provided a small stipend from the federal government, and at the time, a college grant of around $5,000.

And when I say small stipend, it was small. It was the equivalent of working for the minimum wage.

Poverty aside, my time there was an amazing experience. I learned so much about dignity and grace from some of the men in that program. I became a manager of other people for the first time. I learned how to raise money, write a press release, and get good press. For 21 years I had been known as “Dusty”, and when I called our Mayor’s office to arrange a visit I started going by my legal name, Dustin. I cut my hair and stopped wearing earrings.

Literally, a boy started becoming a man—and part of that was the result of having a great boss, who showed me that:

1. Great bosses believe in you.

All those things I mentioned—raising money, writing a press release, speaking with a mayor—were things I had never done before. I’d never even done anything close. Stephanie, my boss and the Director of the nonprofit I was placed in, believed that I could do those things, and told me she believed in me. That specific stated belief made me want to show her that she hadn’t misplaced her trust in me. I worked hard to prove to someone who believed in me that they were right, which I believe is a far more powerful thing than working to prove a doubter wrong.

2. Great bosses care about you as a person.

I didn’t understand the student loan system, and was too intimidated to talk to the financial aid office. That might seem crazy, but that’s how it was. I was a first generation college student and didn’t have parental guidance to turn to, and was too embarrassed to admit my ignorance to anyone. I paid my tuition out of pocket on a minimum wage stipend because of that embarrassment. I was poor, and literally and figuratively hungry.

Stephanie didn’t know the particulars of my financial situation or that I didn’t have financial aid, but she knew I was hungry. On an almost daily basis she would bring her leftovers from the night before for my lunch. It was an incredibly kind and thoughtful gesture, and showed me that I was more than just a human widget.

Want to be respected as a boss? Step 1: make sure your employees know they are more than just a human widget.

3. Great bosses give you someone to look up to.

Stephanie was extremely smart, knowledgeable, and dedicated to her job. She also held a masters degree in social work (MSW) and would add those three letters to her signature. I know that that can sometimes rub people the wrong way, but in the field of social work those three letters matter—and they had a profound and simple impact on me.

A. Two years before working in this program I was homeless myself and living in my car.
B. I still struggled to have enough money to eat.
C. This person signs “MSW” after her name.
D. This person has a home and enough food to share.
E. I should get a masters degree one day.

That’s a naïve and simple way to look at the world, but so far it hasn’t been wrong. I’m not rich, but I have a home and enough food to share, and Stephanie helped show me one way to get there.

Ironically, our relationship ended badly. After completing my AmeriCorps tenure she hired me as staff, and I stayed for a while after that. However, eventually I outgrew the role, and that wasn’t easy on either one of us.

Still, I will always be grateful for what I learned about being a great boss, for the opportunities she gave me, and for the day-old lasagna that helped stretch that stipend way further than it was ever intended to stretch.