A Phone by the Toilet … 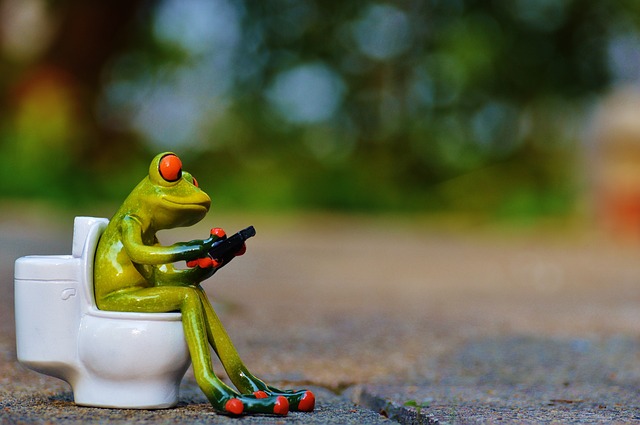 When I was 12 I remember taking a family trip to Foot Locker, so my dad could get new sneakers for his first travel out of the country. Just a few years before my family was on food stamps, and now we were buying new Reebok Pumps for his upcoming trip to Jordan. His fast rise from welder to international business traveler meant that life would change for my family.

It meant that in a few years we would be able to build the log cabin in the mountains my dad had dreamed about since he was a kid.

It would mean that my brother and I got to shop for new school clothes at somewhere other than K-Mart, making the term “Blue Light Special” as much a part of our past as the cheap imitation Reebok Pumps that same light illuminated the day we bought those sorry excuses for a shoe. It would mean that we didn’t shop for cars at the back of the lot, and like Blue Light Specials and imitation Reeboks, cars that smelled like other people’s cigarettes and road trips would be a thing of our past.

It would also mean that from the time I was 12, until I moved out of the house at 18, I saw my dad only in fleeting glimpses. He was a man who wasn’t there, a man who we frantically cleaned for before he came home to tell us of the things he had seen in the world, like bathrooms that had phones next to the toilet, and of the things he was tired of, like eating alone.

The Luxuries of Holiday Inns

He wasn’t there to tell me that perhaps I should wait until I could actually grow sideburns, and not dye the sparse peach fuzz running down my jawline jet black, using a Just for Men kit that was not intended for young white boys with peach fuzz. (Sideburns were a big deal in the 90’s, and the guys on 90210 and Brady Anderson of the Baltimore Orioles drove me to do a crazy thing.)

He wasn’t there to notice that I had just kind of quit on myself, and settled into a place of mediocrity, where not being noticed or demonstrating any effort was the high school survival strategy I adopted.

During those years, and for a lot of years after, I blamed him for not being there. In my mind he had bailed on us, and decided he liked restaurant food and the luxuries of Holiday Inns better than being at home, with us.

The fact that I didn’t like being around myself during those years made that resentment worse.

Then I got a family of my own, and realized how truly terrifying, and wonderful (but still terrifying) it is to be responsible for other human beings that you love. It’s a daunting thing to be the person that makes sure the people you love get to eat, and to have the things you didn’t have growing up.

So you do what it takes to make sure that happens. For my dad, it meant going on the road. For me, it means building my career in way that (knock on wood) providing a better life for my kids doesn’t require me being gone for 8 months at a time.

In Rolling Stone’s review of “Born to Run” (the review is a work of art, but I am biased to all things Springsteen), Griel Marcus says that the essence of that album is the belief that, “You take what you find, but never give up your demand for something better, because you know, in your heart, that you deserve it.”

That’s what my dad did for us when he went on the road, and that’s what I do when I try to be at home.

And even though he wasn’t there to talk me out of that Just for Men kit, and my hair had to undergo a drastic restyling because of it, I am still pretty lucky.

Because he’s there now, to talk to if I am on the road, and need someone who understands the hollow luxuries of a Holiday Inn.