The Path to Prosperity- Thoughts on The Steve Jobs Movie 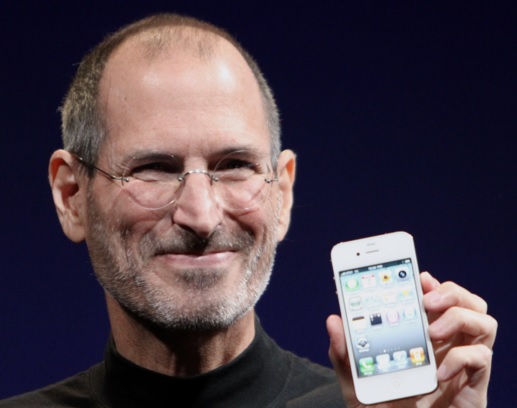 My son loves anything tech related. He also wants to be start his own engineering company (and in the time honored tradition of sons everywhere, one-up me by naming his company “M6”, because I started a company called “M5”). I love it, and I hope he does top me. The whole point of being a parent is to raise kids that do better than you do.

To help encourage these interests he and I watch a lot of TV shows and movies about anything tech or business. Given that, we went to see Steve Jobs.

It’s not like I didn’t know Steve Jobs wasn’t a nice guy. I read the Walter Isaacson biography from 2011. I’ve lived through the “Wannabe Jobs” era, where for a time it seemed like every aspiring entrepreneur or CEO worshipped him, and even imitated some of his habits. I worked with one founder who used Jobs as an explanation for his particularly nasty behavior.

Still, the movie was hard to watch. Two hours of watching someone deny their paternal responsibilities and generally behave like an overly indulged child was a little rough.

I felt like I needed a soul bath afterword.

And it made me think about how the most successful people I’ve ever known are actually nothing like Steve Jobs.

Throughout my career I’ve had the privilege of working with a lot of successful entrepreneurs and business people. Some of these folks have been able to build successful, steady companies that kept a roof over their head, sent their kid to college, and bought a house on a lake, or whatever their personal version of a house on a lake was.

Others have sold their companies or cashed out of an idea for a significant sum of money, and have been able to really do whatever they wanted in life.

Every one of the successful entrepreneurs that I’ve known has shared some traits. They were tough negotiators, and extremely conservative when it came to money. They were all driven and incredibly hard workers, and demanded the same from anyone who worked for them. They competed hard—and generally, the more competitive they were, the more successful they were. None of them were particularly great communicators.

And none of them were needlessly cruel.

Others on Your Bus

While Steve Jobs is a movie, and undoubtedly has a large fictionalized component, stories of his needless cruelty abound. The way he treated his daughter for much of her childhood is well documented, including denying paternity and paying $385 in child support when he was worth hundreds of millions of dollars.

Being tough and competing hard is one thing. Treating your employees and business relationships like human garbage is another. Shirking your responsibilities as a father, to the point where you deny the paternity of your kid is still another, and as a measure of manhood is the ultimate failure.

And the most successful people I’ve met know that like Steve Jobs we all have a finite amount of time on earth, and in the end the regret you’ll feel about treating people you love poorly will far outweigh any feeling of pride from being really good at whatever you did for a living.

Next post RANDOM ACTS OF KINDNESS DAY - What Will YOU DO?