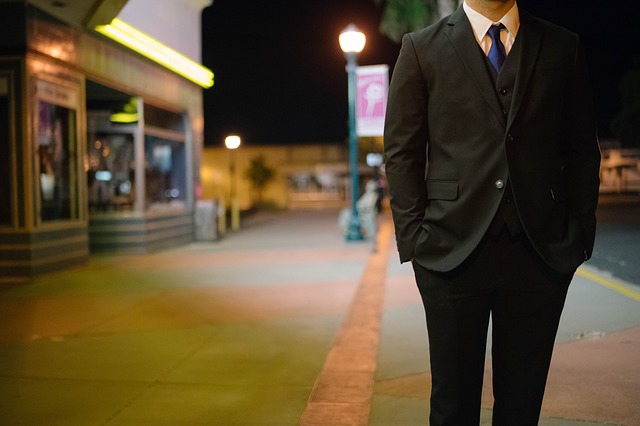 I have been really fortunate to work for some very talented, driven, and smart people. I’ve also worked for people who exhibited other, less desirable qualities.

And in both instances I consider myself lucky—though that feeling of being fortunate for having worked for a “bad” boss is definitely aided by time, maturity, and hindsight. You might learn a lot from a bad boss, but when you are living through that experience, you don’t feel lucky. Still, having started my own company I am glad I got the chance to learn from a lot of other people first.

Here are a couple of the bosses I want to be like, and a few that I don’t.

1. I want to be like the boss who gave me a chance to do something important for the first time. When I was in my early (very early) twenties I worked for a nonprofit that served homeless veterans. My boss gave me an opportunity to lead our fundraising efforts, despite the fact that I had no experience with fundraising. This boss saw something in me that even I didn’t see. It turned out that I loved fundraising, and got pretty good at communicating the importance of our program to donors.

I want to be the type of boss that believes in people and is able to see things in my employees that they themselves don’t even see.

2. I want to be the type of boss who believes passionately in the value of his or her work.

I once worked for the founder of a trade association that served a relatively obscure industry. That founder started the trade association after having worked in the industry for two decades, beginning with the company his grandfather founded. When I first joined the organization I didn’t really understand how anyone could care so much about an industry I (at the time) didn’t view as that significant. We weren’t saving lives, and we weren’t in a sexy, headlining grabbing industry that was going to revolutionize the way people worked and lived.

Over the years, including the years since I left that organization, I realized how wrong I was. What people do for a living occupies much of their day, and consequently much of their time on earth. Being able to see the bigger picture and the small role each of us plays in making the world work is important and creates the passion I’ve come to admire (somewhat in hindsight) in this boss.

I want to be the type of boss who believes what we do is important, even if the outside world doesn’t always see it.

3. I DO NOT want to be the boss who got where they are by attrition and accident.

I used to work for the state government in Arizona. There are talented and untalented people in both the public and private sectors. Still, one of the years spent in the public sector entailed working for the stereotypical government executive. He didn’t have a particular interest in or passion for his job or what our division did. He essentially ended up in his position after a series of departures, and he was the safest, least controversial choice for the job.

He was a good guy, but his lack of passion and interest in his job was evident. That experience taught me that I would much rather work for a passionate jackass than an apathetic nice guy.

I do not want to be the type of boss that is an apathetic nice guy.

4. I DO NOT want to be the boss who values adherence to procedure over innovation.

Policies and procedures are important and have their place. They should exist to help create results or keep bad things from happening that may prevent a business, team, or individual from achieving those results.

However, policies and procedures are not results in and of themselves. I once worked for a boss who didn’t see things the same way, and viewed adherence to policy as a primary deliverable—even when we were working with a struggling client who desperately needed innovative thinking and new ideas.

I do not want to be the type of boss who prioritizes adherence to policy and procedure over results. 5. I DO NOT want to be the type of boss who will tell anyone anything they want to hear in order to get business.

For a very brief time (so brief it is not listed on my LinkedIn profile) I worked for a founder who was willing to tell a potential client anything they wanted to hear, regardless of whether or not it was true, in order to get business. The result was a disaster that caused a lot of good people a great deal of harm.

That experience taught me about how growing the wrong way can cause far more damage than you can ever expect.

I do not want to be the type of boss who is willing to grow at all costs.

Working for the “I do not want…” bosses was difficult, and those experiences are not ones I would like to repeat.

But I wouldn’t trade the good or the bad, and often the “bad” experiences are the ones that teach us the most. (Like don’t ever, ever lie to get a client.)