GPS TRACKING FOR HUMANS? BC Community Fed Up With Criminals 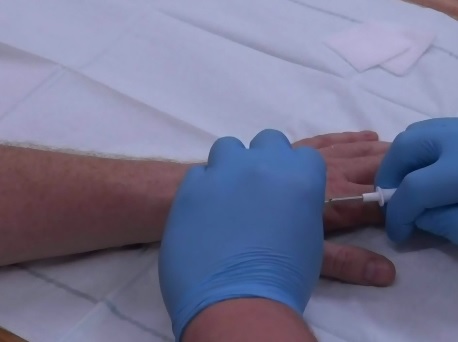 Science fiction….meet reality.  Williams Lake’s city council (a British Columbia community), voted unanimously on Tuesday on a proposal to inject high-risk offenders with a GPS tracking device in a move that is to track criminals and fight crime because they are sick and tired of living in fear.

It seems to be the straw that broke the camel’s back was when Williams Lake RCMP released a video on Monday showing a man walking up to a teen at a skate park, pulling a gun out and taking his bike in broad daylight. The video is below with the following description: The Williams Lake RCMP have released video surveillance footage of Monday’s daytime robbery in which an armed suspect used a gun to rob a teen of his BMX bike at the Boitanio Park skateboard park. The robbery takes place around the 9:30 mark of the video.

Of course there is a stir with civil liberties advocates but they don’t appear to think the proposal to go very far as it is not constitutional.  Also, despite the Williams Lake council’s hopes, the proposed technology doesn’t appear to exist and the B.C. government confirms it’s unaware of the technology  wanted by city officials.

Microships to date have been implanted in pets for example, but, they only contain data, not the ability to track movement and although biohackers have recently been able to install microchips in humans, they only contain personal identification details.

At this time, B.C. has recently approved tracking criminals with the use of electronic monitoring bracelets but even these are only used in rare cases. The city is forwarding its motion to the Union of B.C. Municipalities .

What do you think?  Good idea or absolutely not?

Next post VIDEO EXCLUSIVE - What is Going on at the Old GM Plant? Inside Access and Interview with New Owners

Previous post The Only REAL Networking Tips You Will Ever Need