Thief Fakes Grandson and steals ring off senior in hospital 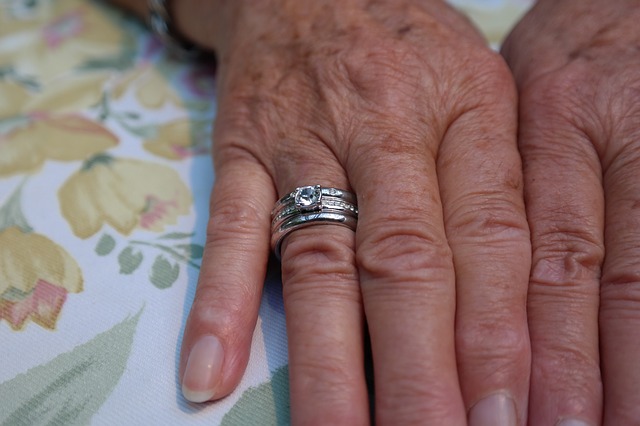 How low can you go?  The family of an old B.C. senior with dementia is stunned after learning that a thief ripped off a diamond ring from her hand while she lay in hospital.

Grace Marriott, an 88-year-old from Delta, B.C. was admitted to Surrey Memorial Hospital last week. She was wearing, her beloved diamond cluster ring that her now-deceased husband gave her on her 50th birthday.

Marriott’s family had tried to remove the ring when the ambulance arrived to take her to hospital but  they couldn’t because her hands were swollen.

But a thief found a way. Over the weekend, a man entered her hospital room and told the nurse he was the grandson and in the process the thief pulled the ring off so hard, he left deep purple bruises on her finger.

B.C. Health Minister Terry Lake has heard about the incident and told reporters Thursday that he found it “disgusting” that someone would do that to a vulnerable patient in hospital.

RCMP were called in to investigate, but they don’t have much to go on. Marriott has dementia and has not been able to provide much information.

The surveillance cameras were not much help either because they were placed at such an angle that all they captured was the top of the suspect’s head.

Hospital management has said it takes security “very seriously” and are investigating.

Next post HUGE HOME AND GARDEN SHOW THIS WEEKEND IN NIAGARA!