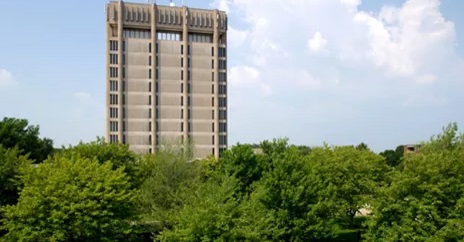 The following statement was released this morning (Friday) by Brock University,  hours after a CBC news report in which an unidentified former student alleged she was told to keep quiet about the results of an investigation into her allegations:

A news report today on the CBC about a sexual harassment case at Brock University contains some outdated information. The University has in fact addressed the issue in a serious manner. The employee is not assigned to a class and is not on campus.

The University sincerely regrets the emotional trauma this incident has caused to the complainant, and Brock staff were supportive and responsive as soon as they learned of the complaint. University President Jack Lightstone has spoken directly with the complainant.

The incident in question occurred in the Fall of 2014. Eleven months later, the complainant notified University officials and requested an investigation through the University’s Respectful Work and Learning Environment Policy (RWLEP). The University hired an external investigator, acceptable to the complainant and the respondent, to conduct an independent inquiry. In December 2015 a draft report was sent to both parties. The final report was submitted in January 2016.

After receiving the report, University officials sought legal advice and have proceeded to take action as result of the inquiry’s findings.

The University cannot identify either party involved, or disclose the terms of the actions taken, due to legally binding privacy and confidentiality obligations.

Brock understands that sexual harassment is a serious issue.  Brock was one of the first universities in Canada to have protocols confronting sexual violence. A 2014 investigation by the Toronto Star found that of Canada’s nearly 100 universities, Brock was one of just nine to have formal procedures in place to deal with these issues.

Brock’s Office of Human Rights and Equity Services is actively engaged in proactive measures, including ongoing training on understanding and addressing harassment, to promote a respectful and inclusive community.

Brock University constantly reviews and updates its processes. It is reviewing the processes followed in this case, in light of any input the complainant chooses to provide, and also in keeping with Bill 132, the new the sexual violence and harassment that is part of the Ontario Government’s three-year action plan entitled “It’s Never Okay: An Action Plan to Stop Sexual Violence and Harassment”.

Brock has a reputation, affirmed by its students, for providing a safe and welcoming environment, and is committed to living up to that reputation.

Previous post The Niagara River Ice Boom is Being Lifted — Spring May Be Sprung!