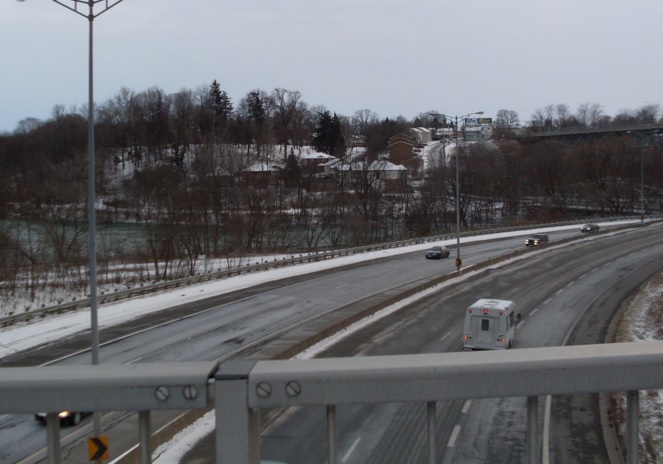 Just a heads up that starting tonight… there will be closures that take place on the 406 due to the ongoing replacement of the Burgoyne Bridge which should take about 2 weeks.

Continued construction of the $91-million Burgoyne Bridge replacement will mean closure of a portion of Hwy. 406  between April 4 to 15 between 6-10 pm.  This does not mean the highway, between Westchester Avenue and Fourth Avenue in St. Catharines, will be closed on each of those dates, instead according to officials it means there may be an evening or multiple evenings of closures.

The point of closing the highways is to allow for crews to put girders over the highway and  remove Bell cables that are being temporarily supported from the new structure. All work depends on the weather conditions and the availability of the girders. When the closures do occur, they may include both the northbound and southbound lanes, or may be restricted to a single direction at a time.

Crews have finished the first of the two parallel bridge structures, as well as all deep foundation work, including steel and concrete that goes down to the bedrock. The substructure — concrete piers that come out of the ground to reach the top of the towering bridge are almost done.  The next step is the girders

Beginning in late spring and continuing into summer, crews will be pouring the concrete deck of the structure and in the fall work will begin to assemble the bridge’s arch and the project is expected to be completed in the spring of 2017.

Next post STUDY: A walnut a day keeps the doctor away