How to Be a Better Communicator: Mark Twain 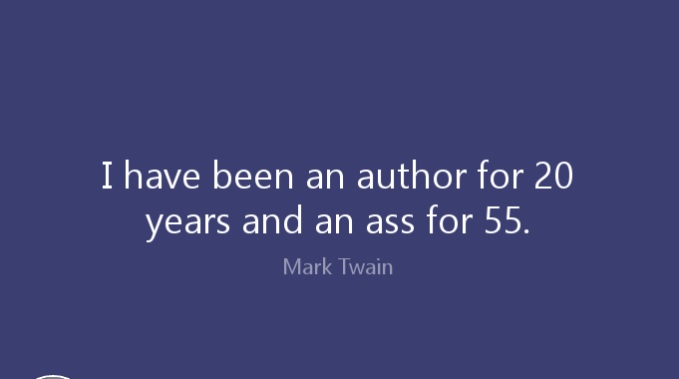 As a 16-year old boy I loved to read—just not the books I was assigned to read in school. My disdain for assigned reading was one of the reasons I graduated with a 1.5 GPA and a class ranking of 249. Out of 252 students…

My opposition to schoolwork relented a little in American Literature, during my junior year. That year we were assigned Huckleberry Finn. The book was funny and felt familiar, but that wasn’t why I loved it, and grew to love Mark Twain’s writing.

I love Mark Twain because he was someone who understood that being down and out is a phase, and not a condition. The empathy, wisdom, and warmth in his writing make it feel timeless.

Given that, here are a few lessons leaders could learn about communication, straight from Mark Twain:

1. “I conceive that the right way to write a story for boys is to write so that it will not only interest boys but strongly interest any man who has ever been a boy. That immensely enlarges the audience.” After I graduated college I worked in a bureaucratic, back-office position for a state wildlife agency. It was hard for me personally to see how I contributed to the mission. That changed when I heard my 6 year-old daughter tell her friend that “my dad saves animals”.

That was the (really) big picture value of what I did—and had my boss ever framed my contributions to the agency in a similar light, it would have meant the world to me.

Next time you are communicating with your employees, remember that when we are young we believe that the job we choose when we become an adult will matter, but sometimes as an adult it is hard to see the importance of the work we do on a daily basis.

Mark Twain understood that great communication requires you to connect with the inner child inside of everyone—the child that knew we were going to make a difference.

2. “Anybody can have ideas–the difficulty is to express them without squandering a quire of paper on an idea that ought to be reduced to one glittering paragraph.”

Twain spoke frequently on the importance of simplicity and the beauty of short, direct sentences. What would he have thought of a startup that is “Creating a fundamental paradigm-shift by disrupting the bathroom necessities industry through becoming the Uber of toilet paper”?

Had Mark Twain been alive today he would have thought:

If you can’t deliver your message using simple language, chances are what you are saying has no value—and you are trying to obscure that fact with buzzwords.

3. “Experience is an author’s most valuable asset; experience is the thing that puts the muscle and the breath and the warm blood into the book he writes.” In an early season of The West Wing a character named Josh Lyman, who is the Deputy Chief of Staff in the White House, makes a huge mistake and costs his administration an important piece of legislation.

At the end of the episode Josh believes he will lose his job. His boss Leo McGarry, the Chief of Staff and a friend of Josh’s father, comes along and shares this story:

The friend says, “Yeah, but I’ve been down here before, and I know the way out.”

Infusing your communication with experience—especially the experiences you’ve had where you were in the hole, and not on top of the hill—will help your message be heard.

Huckleberry Finn and its portrait of Jim, a slave, was a pivotal moment in the ongoing conversation on race in America. It’s not just a good book—it’s an important book, and a testament to the power of words.

Despite this, Twain never took himself seriously.

And if you want to move people with your message, neither should you.