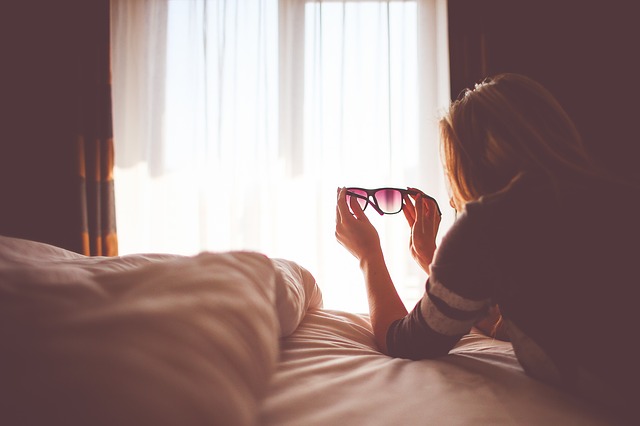 They say that eyes are windows to our soul. I believe that because to understand the nature of reality, we must be willing to look through those eyes to see what the soul uncovers.

I grew up in a tiny, tiny rural town. The town wasn’t even home to a single stop light. We did have a few churches, one elementary school, a post office that doubled for a small market, a volunteer fire department that would host “pancake suppers” for fundraisers, and a gas station.

Through the Eyes of a Child

Country livin’ wasn’t for me and I longed for the days when we went shopping – to a real town, with restaurants and actual stores. The nearest “big city” was only about a 45-minute car ride but it felt like it was a world away. After all, it was in another state. I generally went with my mother and grandmother and no trip was complete until we had lunch.

My grandmother’s choice of cuisine was the little diner inside of G.C. Murphy. If you aren’t familiar with G.C. Murphy, it was a chain of five and dime variety stores that was in operation from the early 1900s until they closed in the 1980s. No need to look at a menu.  I knew what I wanted and that was an open-faced roast beef sandwich on white bread and mashed potatoes, completely drenched in brown gravy. And of course, there was the complimentary (and complementary) sprig of parsley on the side. The parsley confused me.  Could I eat it? I never knew.  Tasted it one time and it was pretty bitter so I decided it was just for decoration. Nothing more than a splash of color in a sea of bland.

But it was the waitress who mesmerized me. We had the same waitress every time.  She had light blonde hair that she would pin up in a loose bun on the top of her head. She had long painted red nails, pink blush, ruby red lips, and several rings on her fingers. She was tall and slender and wore her waitress uniform well.  It sat a few inches above the knee in that short 70s length and style. She was so glamorous and I wanted to look just like her. As I sat sipping my fountain coke at the counter, I’d watch as she floated around the diner. I could only imagine that she led a dazzling life! As she would move from table to table, the men would turn and watch her waltz by. She would glance at them, tilt her head, and smile. The men accompanied by women were a bit less obvious but they’d secretly watch her, too. I didn’t recognize it as sex appeal at the time but looking back, I’m sure she must have exuded a lot of it.

Through the Eyes of an Adult

After college, I moved to another state. One trip home, I took my grandmother shopping. At this point in her life, she had been in and out of hospitals and wasn’t doing too well. But she was happy to get out and happy to stop at, yes, G.C. Murphy for lunch even though several other restaurants had popped up by this time.

And, there she was…. the waitress.

She still had the same blonde hair and hairstyle. But it was more straw-like now from years of what appeared to be home bleaching. It wasn’t quite as tousled as I had remembered but rather held in place by a great quantity of hairspray. She maintained her slim frame and wore the same uniform in the same length. By this time, the uniform looked worn and severely outdated –  and so did she.

She had those same red lips and painted nails. But her hands were weathered, dry, and wrinkled. She still had many rings but they looked more like cheap costume jewelry than the fine jewels that I remembered. Her eyes were stoic and she looked tired. What I remembered as her free-flowing movements around the diner were actually disguised in her ability to hustle from table to table to take care of all of the customers.

I’m not in a position to assume what kind of life she led. And why would I?  Assumptions are nasty little creatures. The glamorous life that I had imagined for her as a child was probably a life of hard work. But that’s only a dangerous assumption on my part.

To Expose the Truth, You Must Tear Back the Layers

So many perspectives change as we go through life but that’s okay. That’s what life is about – tearing back the layers to expose the truth. Sometimes that truth has a quintessential beauty to it but other times, the truth is scarred and ugly. Sometimes you don’t want to know the truth. Our truths, like perspectives, can be right or wrong. I am an avid people watcher. It seemed to have started as a child or I wouldn’t have remembered the waitress so clearly.

People fascinate me. I wonder who they are, where they live, what they do, and just generally what makes them tick. But when I do this, I start to do something dangerous. Make assumptions.

Assumptions are perilous because they only allow for a personal, often very narrow, view of the world. They don’t allow for unlimited possibilities. We take things for face value and never venture to what lies beneath.

Truth can often be a creation of perceptions that is sifted through our mind and transformed into our reality.

I think about the waitress from time to time because it’s always a reminder about truth and perceptions. It reminds me to uncover what lies beneath instead of living life on the surface.

I always wished that I could have had a conversation with the waitress as an adult – just to let her know how fascinated I was with her and her beauty, and maybe to even learn her name instead of calling her “the waitress at G.C. Murphy.”

These are the things that I try to correct as an adult.