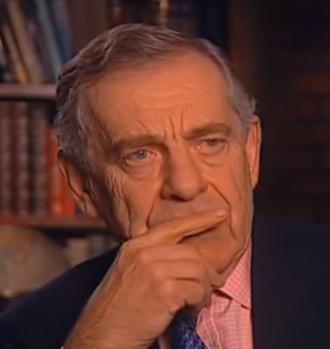 Morley Safer, best known as the face behind the newsmagazine “60 Minutes,” has died. He was 84. He was the longest-serving correspondent in “60 Minutes” history. No further details of his death have been made available at this time.

After joining “60 Minutes” in 1970, he continued a long career that spanned 919 reports over the years. He filed his last report in March and it was just last week his retirement was announced by CBS. The current executive producer of “60 Minutes,” said that he was a humble man who never expected attention. Here is Safer talking about “60 Minutes” in an interview:

Safer, a native of Canada, wrote for Canadian newspapers in the 1950s before joining the CBC as a television correspondent. From there, he moved to CBS, first as a London-based correspondent, relocating to Saigon to cover the Vietnam War.

Here is a great interview he did with screen legend Katharine Hepburn in 1979:

Safer is survived by his wife, the former Jane Fearer, and his daughter Sarah.