St. Catharines TANKS on List of PLACES TO LIVE IN CANADA 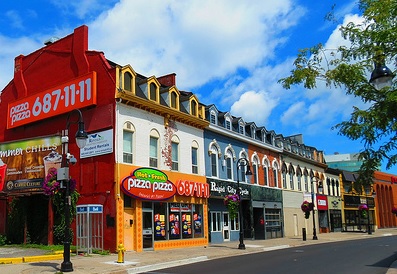 Ok so first off, there are lots of factors that make a place a good one to live or not live. But let’s face it. Being able to get a decent job and being able to afford a home are two pretty important aspects when it comes to quality of life.

In a report that used/combined data from Bank of Montreal’s Labour Market Report Card, and the home affordability indexes from Royal Bank of Canada and Caisse Desjardins a list was compiled that measures where its HOT and where it is NOT to live in our great country.  The biggest surprises? The top two cities in Canada on this metric are both in provinces hurting badly  from the oil crash AND St. Catharines was mentioned on the list as the worst overall.

Let’s take a look at the list of cities that fared well to start with #1 being the best place to get a job and an affordable home. NOTE: None of the cities that top this list are the BEST places to find work in Canada; nor are they the places with the least expensive homes, for the most part. These are the cities that have the best balance of the two.

Here are the top 10, and the bottom worst. (See specifics of how list was calculated at bottom of article)

Jobless rate: 5.5% (Year ago: 5.5%)
Average house price: $378,248
BMO labour market ranking: 4 out of 33
Desjardins affordability ranking: 15 out of 20
This southern Ontario tech hub has one of the strongest job markets in the country, and while house prices are rising, they are still far lower than in the Toronto area.

Jobless rate: 6.8% (Year ago: 6.5%)
Average house price: $324,300
BMO labour market ranking: 15 out of 33
RBC affordability ranking: 2 out of 14 (tied with Regina)
The city has a much lower jobless rate than the rest of the province, it’s creating some jobs (if not many), and house prices fall within the affordable range.

Jobless rate: 5.6% (Year ago: 7.5%)
Average house price: $531,051 (for all of Durham Region)
BMO labour market ranking: 1 out of 33
Desjardins affordability ranking: 17 out of 20
Oshawa tops BMO’s labour market report card and house prices are still considerably lower on average than in other suburbs closer to Toronto.

Jobless rate: 6.3% (Year ago: 6.1%)
Average house price: $278,200
BMO labour market ranking: 12 out of 33
RBC affordability ranking: 5 out of 14
Desjardins affordability ranking: 14 out of 20
Winnipeg still has a high employment rate (i.e., a large share of the population has a job) and some of the most affordable homes of any major city in Canada. Jobless rate: 6.4% (Year ago: 8.9%)
Average house price: $227,870
BMO labour market ranking: 8 out of 33
Desjardins affordability ranking: 4 out of 20
The auto capital of Canada has had one of the strongest job markets in the country over the past year, adding 1.6 per cent new jobs. But house prices haven’t caught up, making the city affordable. Jobless rate: 5.4% (Year ago: 4.2%)
Average house price: $312,000
BMO labour market ranking: 5 out of 33
RBC affordability ranking: 2 out of 14 (tied with St. John’s)
The overall job market in Saskatchewan is very weak but Regina still added 1.2 per cent net new jobs over the past year. Add to that an average house price that’s less than half of Toronto’s, and this is the best city in Canada to find a job and an affordable home.

AND NOW THE WORST PLACE ACCORDING TO THIS METRIC TO LIVE…..ST. CATHARINES Here is what the article had to say about St. Catharines:

St. Catharines house prices soared 18 per cent in the past year, thanks to its proximity to Toronto, but the city’s rust-belt economy isn’t creating many jobs. It’s the worst of all worlds.And in case you’re curious, Toronto scored 39 per cent in the index and Vancouver scored 48 per cent — not good enough to be in the top half of the 26 cities surveyed.How this list was calculated:

Only cities covered by the BMO labour report card and at least one of the affordability indices were included. Thus some cities are missing, including Barrie, Guelph and Peterborough, Ontario; Abbotsford and Kelowna, B.C.; and Moncton, N.B.

Cities were given a percentage score based on their relative rank in the labour market and another based on housing affordability. The final score is the average of a city’s ranking in both measures.