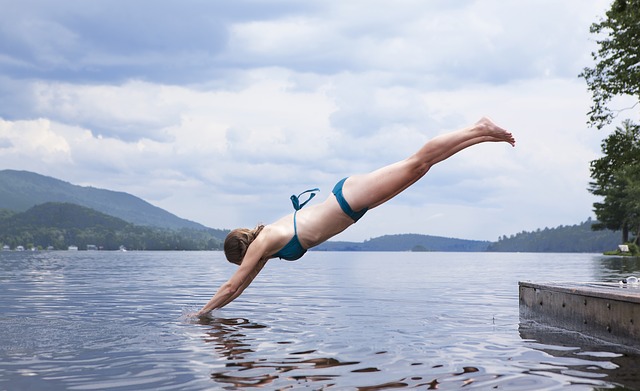 An African proverb says “There is only one kind of common sense, and 40 varieties of lunacy”. Unfortunately, this summer will again prove it right.

There’s also an old song, “Summer Time and the Living is Easy”. But it’s theme can be a prelude to disaster. Every summer what’s supposed to be fun turns into a lifetime as a quadriplegic, or with other severe injuries. And it happens to all ages.

It is mind-boggling that every year 1,400 children drown in wading pools!!! It could not happen if parents and grandparents were watching children every minute by the water.

Women can fall victim to an unusual injury while water-skiing at high speeds. The impact of a fall is like hitting a brick wall. And if legs are apart the sudden force of water can result in an unplanned vaginal douche. Some women have gone into shock after rapid blood loss due to a severe vaginal tear. The only solution is to wear reinforced skiing pants. This summer half the skiers will be injured by striking another boat. Others will slam into fixed objects such as docks, pilings or the shore. And many will sustain severe injuries from their own boat’s propeller.

Shriners Hospitals say that 300,000 people are treated every year in emergency rooms due to lawnmower and other garden tool accidents. 35,000 of these injuries involve children under 15 years of age who lose hands, legs or their lives. These accidents are waiting to happen when parents allow children to use power mowers.

The kinetic energy imparted by the rotating blades of a mower is three times the muzzle energy of a 357 Magnum pistol. This power can fire a rock on the grass at people standing nearby at speeds of 100 miles an hour, resulting in the loss of an eye. One young ballet dancer lost her foot when a power mower fell over her while she was riding it on a sloping lawn.

Don’t forget this iron-clad rule. Never use bare hands to unclog power mower blades. Remember that even if the motor is turned off, the blade remains engaged. The only safe approach is to remove the spark plug before examining the blade.

This golfing season some players will be lifted off the ground by lightning that delivers 100,000,000 to 300,000,000 volts of electricity. This kills more people than hurricanes and tornadoes combined in the U.S. Lightning is 50,000 times hotter than the sun and strikes our planet 3.6 million times a year. If lightning doesn’t kill, it can leave victims with major injuries to a number of vital organs. Some people sustain extensive burns. Others develop cardiac irregularities and neurological problems such as seizures and amnesia. Still others are left with ruptured ear drums and cataracts.

The first rule to eliminate the chance of dying from lightning is to avoid messing around with 100,000,000 volts. If you hear thunder and you’re having the best round of golf in your life, quit. Walk back to the club alone. And women should remove metal objects from their hair.

Tennis is a great game and a supposedly safe sport. But players forget that tennis balls can strike an eye at 120 miles (200 kilometers) an hour. This can cause massive hemorrhage, a torn detached retina and sometimes the loss of the eye.

But this injury is easy to prevent. Many tennis players believe that plastic lenses won’t break. Or that lenses with hardened glass are safe, or an open eye guard is adequate. All these provide a false sense of security. The only good protection is a closed eye guard.

Death may be better than some injuries. Every summer swimmers are paralyzed after diving into a shallow lake. They forget the “golden rule” when plunging into unknown waters, “First time, feet first”. One moment they are totally mobile, a split second later, unable to move limbs for the remainder of their lives.

Previous post To The Heartbroken Woman, You Are Not Alone