Much Ado About Nothing? PM’s Wife Criticized For Accepting Gifts 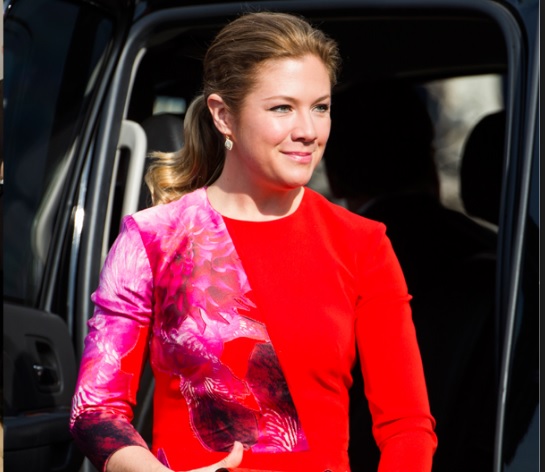 A  group is accusing Prime Minister Justin Trudeau’s wife, Sophie Grégoire Trudeau, of being “for sale” because she accepts gifts and clothing loans from Canadian designers.

According to the Conflict of Interest and Ethics Commissioner’s public registry, the wife of Prime Minister Justin Trudeau has received clothes, jewelry, and shoes worth a total of $3,000 of which includes:

Under current regulations, all gifts over $200 in value must be disclosed to the registry. Loans with rental value over $200 must also be reported. Those valued at more than $1,000 must be forfeited to the Crown.But the outfits at special events, like the dresses by Canadian designer Lucian Matis (featured in main pic) that the P.M’s wife wore at the White House, don’t qualify in this category because they were samples and samples have no market value.

Designer Matis said he wanted to give them to the prime minister’s wife to thank her for all the publicity, but she returned them afterwards regardless and thanked him.

Democracy Watch is the most effective and successful national citizen advocacy group in Canada at winning systemic changes to key laws since it opened its doors in fall 1993 – it has won more than 110 changes to federal and provincial good government and corporate responsibility laws, many of which are world-leading.  For more on the group CLICK HERE