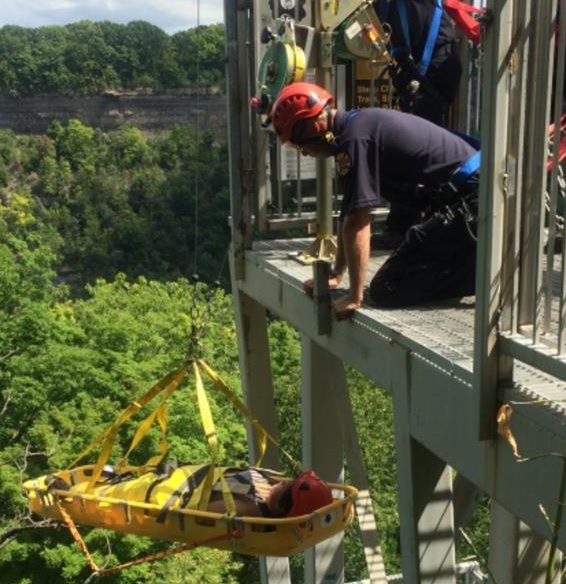 The Niagara Glen was the scene yesterday where emergency responders helped two hikers who were stuck. The calls came one right after the other…

In the first incident, a medical condition had a hiker get stranded as she found herself suddently unable to navigate out of the gorge on her own.  To the rescue were members of the Niagara Falls Fire Department, with use of the DAVIT rescue arm.

While firefighters were still in the gorge, there was a second unrelated call for help by a female hiker that got injured and she also was extricated using the DAVIT rescue arm.