SHARING – Why Everyone Is Better off Doing It 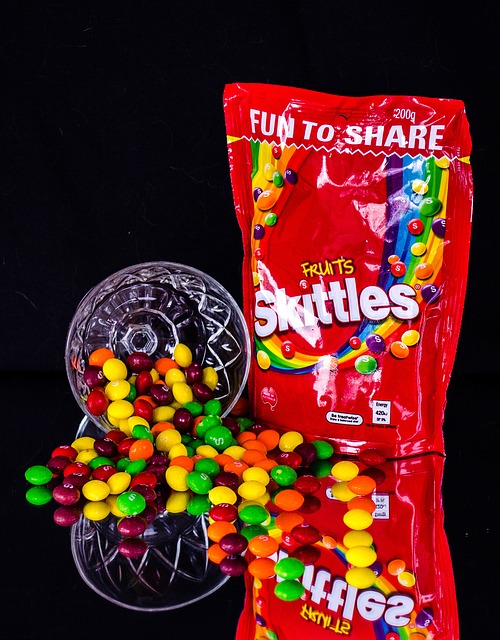 (Note: For the record, my brother was Russia) (Follow-up Note: He says the same thing about me.)

This cycle takes roughly 17 seconds, from the first drawing of the boundary to punches being thrown.

This war would break out almost every time my mom crammed us into the backseat of her old Firebird so she could deliver the afternoon newspaper, which was her second job, the first being earning the minimum wage while working the counter on the McDonald’s morning shift.

Apparently not satisfied with playing the role of peacekeeper in a relatively simple, two-sided boundary dispute, my mom decided to add a third party to the mix: my cousin.

For as hard as our lives could be, and for as little as we had, my cousin always had it worse. Because of that, and because she had a big heart, my mom basically made our cousin the third child in our family. And because of her big heart, my brother and I now had to divide the backseat of the Firebird into thirds, rather than halves, and the backseat wasn’t the only thing we had to share. Forewarning: if you toss a bag of Skittles into the backseat of a Firebird filled with impoverished young boys, it’s like throwing a carcass into a Hyena den.

After a particularly bad fight over a bag of Skittles, my mom decided she had seen our failure to share too many times, despite always telling my brother and I that McKissens were a “share family”.

She knew we were poor, and that other people thought we were trash, so I think that’s why it mattered so much to her that we were a “share family”. It was about more than sharing: it was a value statement about who we were.

My mom made it clear on the day of the big fight, in her scariest mom voice, that this behavior would stop. She also made it clear that, like it or not, our cousin was now a part of our share family.

Sharing is not magic, and on that day my brother and I had to split a rare treat into even smaller portions.

But in the long run, what we gained was far greater than what we ever “lost”.

Over the years my cousin became like a second brother to me. My life is far better for all the time we spent drinking Zimas, going to bad movies, taking road trips, and listening to Bruce Springsteen. My kids call him “Uncle”, and he is an important part of my life.

That’s how sharing and inclusion works—in the long run you are always better off. Sometimes it’s hard to see that when you have very little to begin with. My brother and I would have gladly listened to someone tell us that my cousin didn’t belong in the backseat of the Firebird, that he wasn’t really one of us, and that we would have more Skittles without him there.

We would have been far worse off had we listened to that person.

Right now there is a media and political narrative that says there is not enough wealth and well-being to share, that gains made by one segment of our population must be offset by the losses of another. It’s narrative used to stoke fear, get votes, create clickable headlines–or do just about anything other than solve actual problems. Put another way, that narrative says there are only so many Skittles to go around, and the act of inclusion will result in far fewer Skittles for everyone. This narrative says (implicitly or explicitly) that in the long run everyone will be worse off if we have to divide the Skittles up any further.

The idea that there is a finite economic pie to be divided up demonstrates a failure to understand how the economic pie is baked. Nothing of economic value is created without collaboration, or the sharing of ideas. I see that on a daily basis in the startup incubator my company is housed in. All of the successful companies in that incubator owe some of their success to collaboration and the inclusion of diverse perspectives and ideas.

In the long run collaboration, sharing, and inclusion doesn’t divide an existing pie into smaller pieces.

Instead, it creates a new, larger, and better pie.

That’s true in the backseat of Pontiac Firebirds.

And it’s true in the economy.