Who Sent You These? Understanding Underwear and Your Health 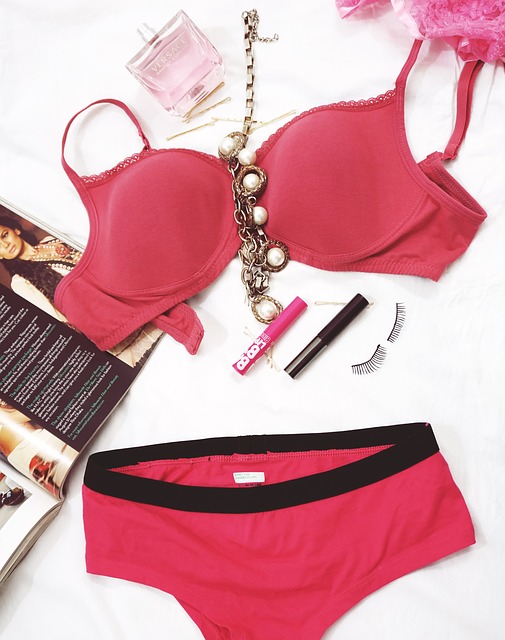 Years ago in my medical office I was convinced that tight jeans and panties were causing repeated pelvic infections in women. So, in jest, I wrote a column about it suggesting that Yves St Laurent should design better jeans and panties. Then I forget about the article until my wife asked with astonishment “Who sent these panties?”

One day a package had arrived at my office and I tossed it into my briefcase. Later that evening while enjoying a pre-dinner drink with my wife, I opened it. To my surprise, I pulled out a pair of pink panties. They were sent by a reader who had a design solution. It was not the ideal way to start the cocktail hour!!! But eventually when more panties arrived, my wife acknowledged that I couldn’t have that many mistresses.

Now, a report from the University of California Wellness Letter shows that 40 years ago my health concerns were valid! So what’s new about underwear? And what should we know about briefs, knickers, butt-huggers or simply, “undies”.

As you might suspect, scientists believe there’s more vital research to be done than to evaluate undies. But a survey of medical literature shows scientists have actually done undercover work on this subject.

For instance, a survey conducted by the European Journal of Obstetrics and Gynecology and Reproductive Biology indicates that it’s important to consider the fabric when purchasing underwear.

They report that synthetic fabrics, such as nylon and lycra, do not breathe. This keeps the female genital area warm and moist increasing the risk of yeast infection. And this is what I had been seeing in my office with many female patients.

What about the popular thong? Some women in the study reported that thongs were associated with an increase in both yeast and urinary infections due to irritation of the pelvic and genital areas.

So is there science about men’s underwear? For instance, should men buy boxers or briefs? For years there’s been a suspicion that tight briefs might have an abnormal effect on male fertility. In effect, could the heat generated by tight briefs affect sperm production in the testicles? In 2012 the journal, Fertility and Sterility, reported cause for concern. It reported men who wore tight briefs for 15 hours a day for 120 days showed a temporary decrease in sperm count, motility and viability. In another journal, Reproductive Biology, briefs were also associated with lower sperm quality.

The next question is how often should both sexes change their underwear? A study in Iran published by The World Health Organization suggested that more frequent changing resulted in decreased urinary infections in pregnant women. But a Turkish report in Gynecology and Obstetrics said that changing undies had no effect on yeast infections.

Antibacterial undies are also available that contain small particles of silver or chemicals. But these are not recommended as they cause bacterial resistance or have other adverse effects.

So what‘s the bottom line? It appears that changing undies daily or even more often is recommended, particularly if you are engaged in strenuous activities that work up a sweat. Over the years I saw too many yeast infections in women wearing tight undies to deny that a little aeration in the genital area is prudent.

One study concludes with the question, “Do you need to wear underwear at all?” This would certainly go against my Mother’s advice, “You always have to have clean underwear in case you are involved in an accident!”

I think two points stand out. Women who are getting recurrent yeast infections should make sure they wear breezy undies. And men who marry late or have a decreased sperm count should wear boxer shorts or none at all.

You may want to know what I do. But you already know I like a pre-dinner drink, take large amounts of vitamin C daily to prevent coronary attack, prefer natural remedies to prescription drugs, don’t like jogging and believe in doctor assisted death. But I draw the limit at undies. However, I can tell you I will never again make the same mistake of asking for better underwear design. I prefer cocktails with my wife without the question, “Who sent you these panties?”