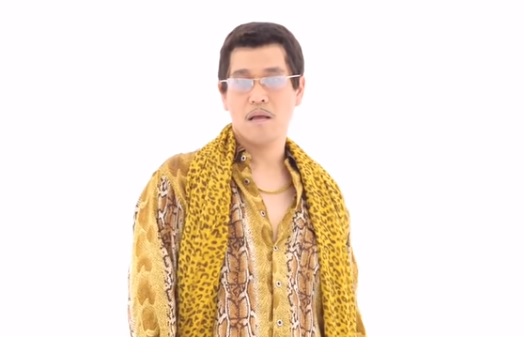 Have you seen the latest Japanese sensation?  We are talking about the video called “PPAP Pen Pineapple Apple Pen…

With the weird combination of three invisible objects: a pen, an apple and a pineapple, this musical piece has gone viral!

Some are already calling it the next “Gangnam Style” for its catchy rhythm and quirky singer, a character called Piko-Taro. Check it Out!

Created by Japanese comedian and DJ Kosaka Daimaou, the video is BIG in Asia, and is now taking off here. One version of the video posted to YouTube has nearly 20 million views. Another has racked up an additional three million.

The 51-second “music” video shows Kosaka Daimaou, as his alter-ego Piko-Taro, singing, miming and dancing through an electronic-style song about pens, apples and pineapples.   Well…it’s catchcy!

Previous post Road Trips, Robert and Ethel, and Postcards from the Past...