LEAN ON ME – Borrowed Time 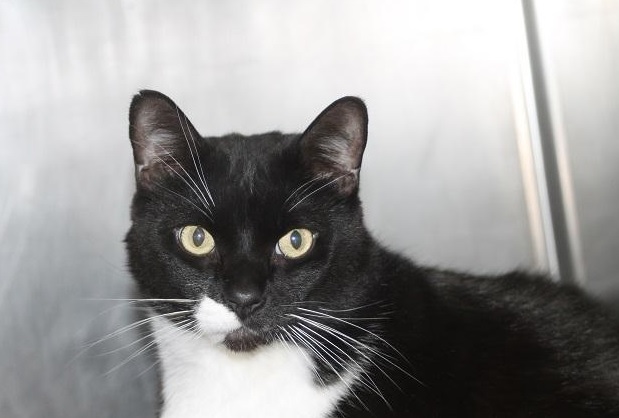 Years ago, we had a black cat named Tabitha. She was chosen from a box of kittens being given away in front of a Target store in the desert of California, one Memorial Day in the early 1990’s. She was pure black, except for a little white patch on her tummy.

We were surrounded by empty fields and wide open expanses. Very few cars drove down our street and the cats never ventured far. These days, I would never let my cats outside but back then, we did. I don’t know how to explain it except to say, everyone did it. And no, I wouldn’t jump off a bridge if everyone did it.

Our cats had a litter box in the garage and I noticed that Tabitha, by then three years old, spent a lot of time in it. A lot of time. She wasn’t eating well, either. I brought her inside and noticed something alarming. There was blood from… somewhere, whenever she squatted to pee. I scooped her up and took her to the vet. Kidney stones. Kidney stones? Is this “a thing” that happens to cats? Evidently yes, and one had lodged in her urethra. She was in pain – a lot of it. As a side note — cats are so darned stoic! (Pictured below, Bagheera, looking for a new home now.  For more information please CLICK HERE). The vet explained that they could remove the stones in surgery but that it would cost $1,000. He might as well have said a million. As the mother of a school-aged son with significant special needs and two pre-teen daughters (at the time) I wasn’t able to work full time. Their dad worked two jobs so we could get by and I could be there for our son. I asked the vet if we could make payments. No, he said. However, there was another option. He could euthanize her. That would be $50.

I said I’d think about it and took her home. The kids and I cried all afternoon. And by that I mean, sobbed for three hours straight. I couldn’t stand that she was in pain… her suffering was the worst part of all. So, at 4pm, I returned with Tabitha, for the euthanizing. Nobody would come with me. I understood. It was a choice none of us wanted to make.

As I stood in the waiting room, a blubbering mess with Tabitha draped over my arms, a wonderful thing happened. The vet had pity on me. He said we could make payments. Hallelujah! And so, Tabitha became the $1,000 cat and lived to be 20 years old! Oh, and she became an indoor cat. (Pictured below, Ginger, looking for a new home for Christmas! For more information please CLICK HERE). A surgery like that would cost 5x as much these days, I’ll bet. I say that because we’re facing something with our cat, Missy. We truly rescued her, as she was nearly a senior when we got her in January, 2016. She was checked by the Humane Society’s vet and then again by our vet when we got her. Two weeks ago, we got the call it was time for her yearly check-up. But last Friday, she stopped eating. And this was very unusual, indeed.

The cat is a disposal, seriously. She eats and EATS. She went to the vet and we found out she’s actually older than we thought (about 10 years old) and needed a whole whack of teeth pulled because they’re badly infected. Cost? $1,000. There was never a question about what we would do… as seniors ourselves, we appreciate that things happen as the body breaks down, especially if she’d been living under a porch or in a shed for years before she came to live with us. She had no history except that someone brought her to the Humane Society to be spayed at 8 years of age. Can you believe that? Eight years old! She must have had litters and litters of kittens.

And so, we planned to get her teeth out. She was at the vet, which is no small task as even her carrier is labeled “Aggressive (read: Difficult, snarly, snotty, scratchy and bite-y) Patient” by the vet’s office, and received preliminary blood work before surgery. It was there we found out she might have had infected teeth but a more pressing problem was her kidneys. They were working at about 25%.

And so began a hospital stay, antibiotics, blood tests, hydration-infusions, special food… and a frazzled vet staff – see note above. (Missy = You no touch me. Not on yer life.)

The Sunday after we brought her home, the vet called with her latest blood test results. It was bad. Well, you knew it had to be… to call on a Sunday. We had to have “the talk”… you know the one… about gently guiding our beloved pet over the Rainbow Bridge. It was decided that we would make her life as comfortable as possible for the next week, and on Friday, we would bring her into the office for her final goodbye. (Pictured below, Butler, looking for a  new family to cuddle with.  For more information pleases CLICK HERE). On Tuesday morning, quite suddenly, she decided to start eating again. By Wednesday evening, she had eaten more than she had in weeks. All without getting sick. On Thursday, she ate again. On Friday, she was playing with her toys. That dreaded day, we cancelled the appointment. Her tail was straight in the air as she strutted around the house, acting… well, normal.

That was three weeks ago.

Today, she’s slowing down a little again… not eating as much… but mostly doing well. With our vet’s blessing, we aren’t bringing her back for more tests. It’s far too stressful for her. So, we are taking it day by day.

We don’t know how much longer we have with her… but we are making the most of the time we have left.

There are so many stories of senior pets who need a place to call home… and it is a privilege to be the soft place they land before they get their wings.