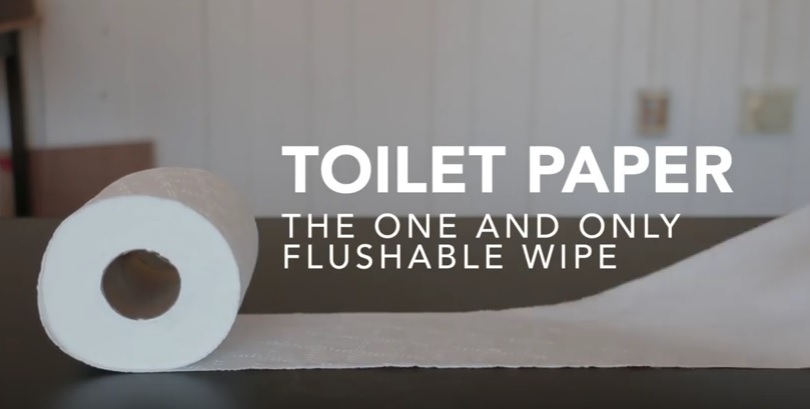 So it looks like “flushable wipes” flush but don’t dissolve so well and that is wreaking havoc on Canada’s sewer systems to the tune of about $250 million a year.

Officials say flushable wipes don’t break down as they travel down the drain, but instead get caught in waste-water treatment filters and clog up pumps.

Halifax Water has had enough and put their foot down about the issue with a public service announcement advocating for the use of regular toilet paper saying that the wipes can cause costly repairs and lead to sewage backups in homes. Also adding punch to their message,  a three-minute online video from Planifax, an educational non-profit about urban planning was used that shows Halifax waste-workers raking out undecomposed waste from a treatment plant. (Below):

Halifax Water is urging people to dispose of the towelettes by dumping them in the garbage and is one of a handful of Canadian cities — including Toronto, Metro Vancouver and Fredericton — that have launched campaigns against flushing these moist towelletes.

To date, more than a dozen lawsuits have been launched in the United States against manufacturers, claiming damages to individual or municipal sewer systems.

Previous post HOUSEHOLD BILLS - Some UP Some DOWN for Jan 1