LEAN ON ME: I Love BIG Dogs… 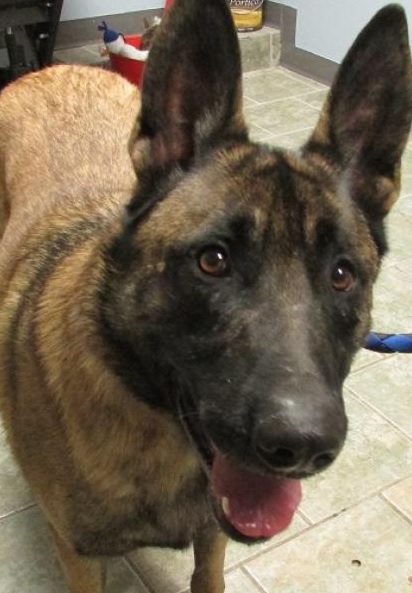 (Main picture is beautiful Beau, a 2 year old Dutch Shepherd mix up for adoption now who gets along well with other dogs.  For more information CLICK HERE).

I love big dogs and I cannot lie! Well, actually… I love ALL kinds of dogs but big dogs are my favourite! And my very, very, very favourite of all? Great Danes. *swoon*

There’s something about those eyes. But I’m getting ahead of myself.

We had two dogs when I was a teenager. One, a beautiful German Shepherd named Liebchen… we called her Libby. She was, of course, a big dog in her own right! She had personality plus and provided years of entertainment and love.

And then there was Winifred, our Great Dane. We called her Winnie. Okay, okay. I didn’t name her. But ya know, it fit. Winnie was fawn coloured with undertones of warm blonds and a hint of auburn. When she got excited, all the fur above her tail stuck straight up. Although some crop (or is it dock?) ears on Danes, we didn’t. Her ears were huge and velvety… and when she shook her head, she nearly slapped herself in the face! (Below is dazzling Dolly, up for adoption now, a 2 year old female Mastiff Mix.  For more information CLICK HERE). She loved to climb onto my dad’s lap as he lounged in his hammock. The two of them would nap and chat for hours. When she wanted your attention, she would jump up and put her “hands” on your shoulders, looking directly into your face. She also gave excellent hugs.

I think the thing I like best is that their eyes are like ours. Certainly in size. And when you don’t have to bend down to see them, it’s like talking to an equal. Although in truth, I see them as “better than”.

She died after a short battle with cancer. I remember a moment of that day very well. My dad was taking her to the vet alone. She was excited to be joining him for a ride, not knowing (of course) where they were going. She was limping and in pain. (Gosh, dogs and cats try so hard to rise above.) For the last time, I noticed her spiky fur above her tail.

I was in my thirties when Boaz came into my life. Friends of ours found him at an out-of-town shelter and adopted him for me. This would never be allowed these days and I wouldn’t advise anyone doing it if it were. But in this case, they were very good friends who knew us very well. Boaz was a young male, bigger than Winnie and a gray-blue Brindle with long, floppy ears. He fit right into our family.

Several weeks later, we adopted a second from a Great Dane rescue. Yep, there are such things. People get puppies… and make no mistake, they are adorable! They have ten times more skin than they need and look a little like Shar Pei’s at that age. But they grow into… and eat tons to get there. That’s where many folks give up. So, our newly adopted girl was Naomi, also a gray-blue Brindle with long, floppy ears. But she weighed almost 50 pounds less than Boaz.

They were a couple. Best friends. And when Boaz died one night, years later, she didn’t leave his side. She was never the same after that.

I could tell you so many stories about my Dane’s… all of them ending with me, hugging them, or crying into their velvety fur, or bathing them outside in a huge tub, with water from the garden hose. Or, at night, with their heads on my pillows… kicking me out of bed with their giraffe-like legs.

If we didn’t live in a small home, I’d jump at the chance to have a big dog again. They really do need good walks and a big yard to exercise in. It’s not fair to leave them in the house all the time. (Below, loveable Carlos has been waiting months and months for someone to see him for the gem he really is.  He is a 2 year old Rotti Mix up for adoption now.  For more information please CLICK HERE). Do you have a heart and home for big dogs? There are a few at the shelter as featured in this article.  They are waiting for you!

Previous post FM Radio: Norway to Become First Country to Turn it Off