Four BAD Career Habits and How I BROKE Them 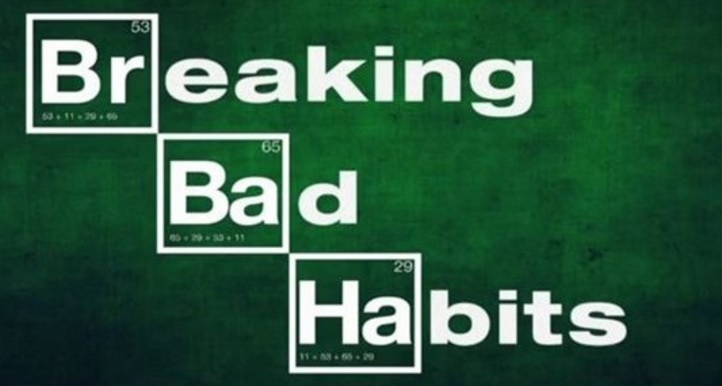 I have done a lot of writing about business and the workplace and this is a reflection on some of the worst career habits I’ve had to try and break.  Maybe it will give you something to think about too…

I’ve spent most of my career mimicking the noble raccoon, and chased every shiny object I saw. Some turned out to be gold (going to grad school for example) and some turned out to be wadded up tinfoil in the bottom of a trash can (the three months I served as COO of an organization while living in the armadillo infested swamps of central Florida, suffering from the worst possible rash in the worst possible place for the entire duration of our stay).

I would chase the next thing, even if it weren’t the next best thing, just for the sake of it being new.

How did I kick this habit? I’m trying to turn this weakness into a strength. I started my own marketing and strategic consulting business, where chasing new opportunities and new clients is a good thing, if done right.

People can change, but that doesn’t always mean they become someone different—change can mean you make your differences work for you.

2. Caring a lot about titles.

This is highly related to #1. I really, really cared what my business card said. Deep down I felt like it told people who I was, and what I was worth. I wasn’t a dad, or a husband, or just a human—I was an Executive Director.

That’s a crazy way to approach life. I know people who have given themselves the title CEO when their company doesn’t even have a single customer, let alone any other employees to refer to them as the CEO.

You aren’t your title.

The janitor at my kids’ elementary school is known as Mr. Tim. Everyone loves Mr. Tim. He plays the drums in the talent shows. Kids respect him. He keeps the floors clean and dry, which keeps my daughter from falling and having a seizure, which she is prone to. I’m thankful for that. It’s probably a whole lot more rewarding to be Mr. Tim to a bunch of kids than the CEO of Nothing.

3. Caring more about my role in the organization, rather than the actual work getting done.

Early on in my career I really wanted to be the boss. Of who? Didn’t matter. Doing what type of work? Also didn’t matter.

If you want to feel lonely and question what you’re doing with your life I recommend taking this approach.

Otherwise, try to do work you find meaningful. Work isn’t just a way to pay your bills—it’s one of the ways we leave our mark on the world. You will leave no mark by taking this approach.

4. Waiting around for someone else’s stamp of approval.

My family was very poor when I was young. I remember shopping for toys in the dump with my dad and brother. I remember going and picking up cheese and peanut butter at a government building. I remember my mom supporting us by working at McDonald’s. Then, when things turned around for my family, we moved outside of a very wealthy town, where I commuted 20 miles to go to one of best public school systems in the country (and promptly rewarded my parent’s sacrifice by graduating high school with a GPA 1.5). We were middle class, but in that town being middle class could make you feel you poorer than any Tonka truck picked up at the dump ever could.

When you grow up like that, you really want someone else to tell you you’re good enough. So I piled up degrees and cool titles and people told me I was good enough.

Yet I never felt good enough, so I’m trying to break this habit.

I’ve started to realize that the only stamp of approval you know you can earn is your own. So work toward that, and stop waiting for that validation to come from someone else.

Some of these are habits I feel like I’ve broken, others I’m working on, and at least one of them I’ve accepted.

Keep working on your bad habits—and know there are lots of us who are there with you, working on ours.