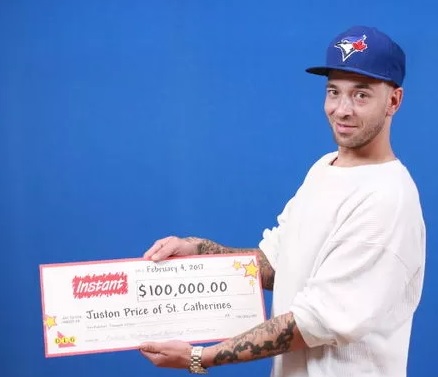 It was a scratch ticket for the instant lottery game Boom Multiplier that paid out big time for Juston Price recently,  a resident of St. Catharines.

Price bought his ticket at the Facer Street Avondale store and told the OLG Prize Centre in Toronto that when he first scratched it he thought it was only $1,000 that he had won.  It was his brother who took a second look and confirmed the win was actually much larger.

What will the father of two do with his new winnings?  Price says he’s thinking of investing in property and putting some money away for his kids as well.

About the Scratch Ticket: