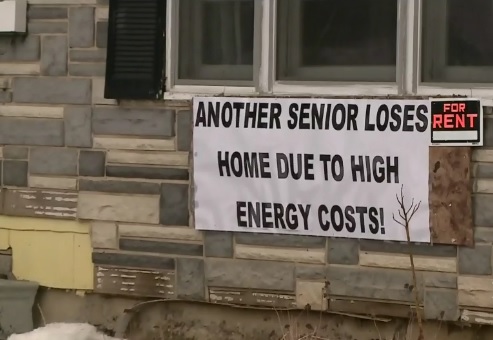 Rick Russell a 68 year old man from Brockville, Ontario  says hydro bills that are out of control are the reason he has to leave his rented home and he erected a sign to let others know what is going on as a warning.  Russell believes many other seniors will be headed down the same path.

Russell, who worked as a painter before retirement, says “I either have a house with no heat, or heat with no house.” (Russell pictured below) Russell says his pension which includes a combination of the Canada Pension Plan and the Old Age Security, hasn’t given him the finances necessary to live that he thought it would.

Next post SMART GIRLS: Brock Profs Do 6 Years of Research with Niagara Kids and Pen Surprising Results in New Book