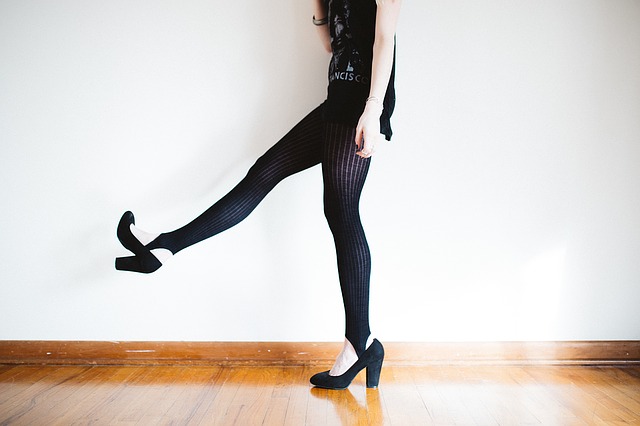 “Stop tapping your pencil!” my teacher called out. I didn’t. And one day he walked to my desk, threw me to the front of the class, then tossed me out of the classroom. Now, a study at the University of Missouri, shows that fidgeting has health benefits!

And have you heard of “magic underwear”?

Being immobile is unhealthy. For instance, sitting too long on a plane can result in a blood clot in the leg that travels to the lungs causing death. So walking 10,000 steps a day is sound preventive medicine. But what can you do if you have a physical or work condition that makes this impossible?

Jaume Padilla, Assistant Professor of Physiology at The University of Missouri, conducted a study on 11 healthy students. They were asked to sit at their desks for three hours keeping one leg still, but told they could fidget or twitch the other leg.

By using ultrasound and blood pressure measurement, Padilla found that blood flow decreased in the immobile leg and increased in the legs that fidgeted. Years ago Dr. James Levine, Professor of Nutrition at The Mayo Clinic in Rochester, Minnesota, wondered why some people are thin and others obese.

So he conducted a unique experiment. He fitted both thin and obese people with underwear that was equipped to monitor every movement. It was impossible to roll over in bed, or scratch an ear, without his magic underwear picking up the motion.

This showed that obese people moved two-and-half hours less per day. It meant they burned 350 fewer calories every day, and these calories were stored as fat.

So, does this mean you should keep moving, shopping until you drop, tapping your toes or being a little twitchy? Levine says you don’t have to put on jogging shoes. Rather, he recommends “ambulation”, a term meaning ambling around in a variety of ways during the day which burns more calories for most people than jogging.

So how much energy do we need to burn every day? Levine says we cannot change our basal metabolic weight that accounts for 60 percent of our energy. We need this amount just to keep our organs functioning. We require another 10 percent of calories to absorb, digest and store food. So we’re left with 30 percent that should be expended.

Levine agrees we should usually save for a rainy day. But this is one situation where we should spend, spend, spend. If you stay in bed all day this 30 percent remainder will be stored as fat. Levine admits that you can go to the gym and get rid of this excess energy. But he claims that “most people don’t like going to the gym and don’t go even if they do like it”. Moreover, it takes time to get to the gym, time to change, and then 30 minutes on the bike only burns 100 calories.

So what is Levine’s way to keep thin? The prime way he suggests is to get out of your cushy comfortable chair. Moreover, he practices what he preaches by integrating walking into his work. For example, he answers telephone calls while walking on his treadmill and also responds to e-mails this way. He also talks to people while exercising on a stepping device. You may have guessed by this time that he has no chairs in his office. He stands to work. The Mayo Clinic shares Levine’s enthusiasm for getting people mobile. It now employs “Mobilologists” to train people to increase their physical activity. So they now have “Walk and Talk meetings”. They are also designing offices and furniture that encourage people to move and reverse a lethal tendency to inactivity.

It’s taken thousands of years to evolve the human body. But less than 100 years to develop the lethal rust of obesity, diabetes and heart attack, due to devices to reduce exertion.

Did I eventually stop tapping my pencil? You bet I did, but I admit to still being a fidgeter. This means that over the years my weight has never changed. So when all else fails, a little toe tapping is one way to expel those extra calories.