CONSTIPATION – A Bigger Problem Than You Think… 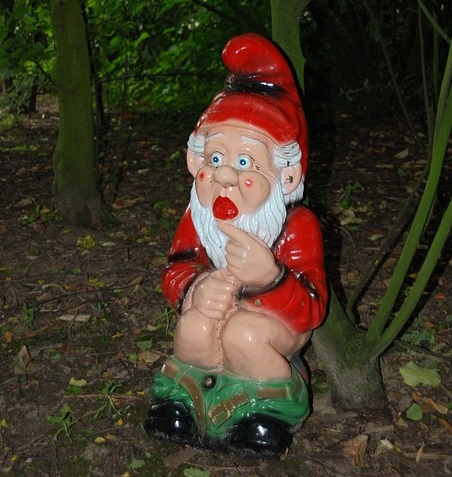 You think constipation isn’t important? If so, an article in the American Journal of Gastroenterology suggests you’d better think again. Annually, in the U.S., 700,000 people are seen in hospital emergency wards for this problem. Since 2006 there’s been a shocking 42 percent increase in constipation, costing 1.6 billion dollars. So what’s gone wrong, and what are the medical consequences other than grunting?

Fecal impaction is no fun. It occurs when a large fecal mass cannot be passed. This can result in pain, bleeding, vomiting, a rapid pulse, dehydration, even confusion.

A poor lifestyle is often responsible for many cases of constipation. Dr. Michael Levitt, an Australian colon-rectal surgeon writes in “The Bowel Book” that bowels work best when stools resemble the shape and consistency of an unripe banana.

But most stools are far from banana-like because of poor fiber intake, inadequate fluids, lack of exercise, faulty bowel habits such as delaying a bowel movement (BM), and overuse of laxatives and enemas.

Another big cause is the “pillitis epidemic” of prescription medication, such as antidepressants, sedatives, iron supplements, blood pressure medication and pain killers which decrease bowel motility. Medical diseases, such as irritable bowel syndrome, diabetes, and Parkinson’s Disease can affect bowel function.

So how can you prevent the complications of a constipated bowel? Remember what circus promoters, Barnum and Bailey, used to say, “There’s a sucker born every day.” They’re the ones who fall prey to high-powered ads that promote laxatives to treat constipation. This practice over a period of time can destroy the nerves in the bowel, resulting in a lifetime of laxative use. It’s unfortunate that we don’t have a “Constipation Anonymous” society to prevent this from happening. Another problem is that most North Americans only get 15 grams of dietary fiber daily, when it should be double that amount. Increased fiber holds onto water making stools soft as toothpaste rather than hard as rock.

Years ago readers complained that I gave them stiff necks. I had advised that they look back at the toilet bowl to see if their stools floated. That’s a good sign of sufficient fiber.

Also, it’s best to have a bowel movement early in the morning. Get up a little earlier, eat a high fiber cereal such as Fiber One or Fiber First along with added fruit. A hot beverage also helps to trigger the gastro-colic reflex that stimulates a bowel movement.

But suppose you’ve done all the right things and are still grunting on the toilet. It’s never a good idea to succumb to the variety of laxatives. This always ends up as a no-win decision.

There is a normal, safe and effective natural remedy that works 99 percent of the time. Many years ago I interviewed Dr. Linus Pauling, a two-time Nobel Prize winner. The purpose was to discuss vitamin C and how it can help to prevent cardiovascular complications.

During my interview with Pauling he made a chance remark that surprised me. He said, “I always take a high dose of powdered vitamin C in the morning as it stops constipation”. Medi-C Plus and other brands of vitamin C powder are available in health food stores.

How much vitamin C is needed varies from person to person. But a good starting dose is 2,000 milligrams (mgs) at bedtime and another 2,000 mg with breakfast. There’s a good chance of a BM in about 30 minutes. If this does not happen, gradually increase the dosage. Eventually grunting will stop. And who wants to face the embarrassment of fecal impaction? There’s an added advantage of decreasing the risk of coronary attack and other cardiovascular troubles, a win win situation easily achieved with zero side-effects.