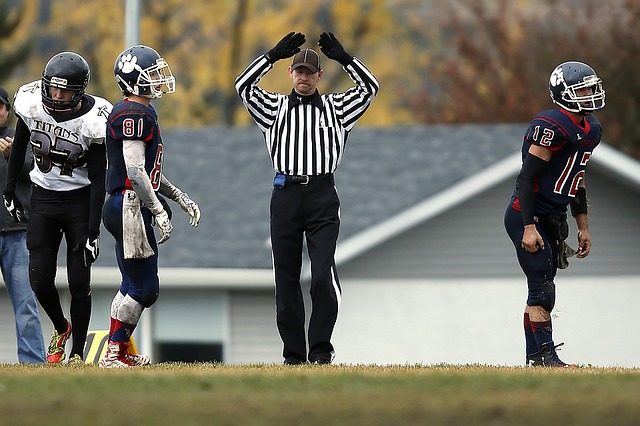 Imagine I come to where you work. First I glare at you. Then I start yelling. I question your decisions. I call you an idiot. I don’t care who else hears me.

In fact, I seem to like when other people laugh when I say something particularly biting or clever… even though your parents, your spouse, or your children might happen to be sitting nearby.

Clearly you’d think that little scenario is far from okay. Now think about the last high school or youth sporting event you attended. I feel pretty sure at least one fan yelled something derogatory at a player or a coach. And I feel absolutely positive more than one person yelled at the officials.

Yet many people think that everyday occurrence is somehow okay; a little verbal abuse comes with the territory. Oh, I know. “I bought my ticket,” you could argue, “so I can say whatever I want.” Really? When you pay for a meal, does that give you the right to not just complain, but to yell at the hostess or server?

“But I’m passionate about sports,” you could argue. “And I support my child’s team. So I try to get in the heads of the officials.” Really? You try to help your team win a game by finding a way to make another person, sometimes a teenager refereeing a youth game, fail?

Try explaining that in the cold light of day.

Adults who officiate at the youth and high school level are typically not just in it for the money. (You couldn’t pay me enough to do it.) So their reasons for officiating vary. Many played the sport and want to stay involved. Others enjoy the satisfaction of doing a job well and getting a little exercise in the process. Whatever the motivation, the overwhelming majority become officials mostly because they enjoy being a part of activities that help kids become better athletes, and better people. And what about the teenagers who umpire or referee? Sure, most just want to earn spending money, but it’s also an opportunity to learn about leadership, decision-making, and responsibility — and to learn something about yourself. They learn forgiveness is theoretical, not actual, since even the smallest mistakes will not be tolerated. They learn to doubt themselves even when their critic is at the opposite end of the field and often doesn’t even understand the rules. And they learn that treating other people with respect and dignity is situational, not absolute.

Oh, I know. In here we have the freedom to express our opinions, openly and in public, however derogatory or cruel or uninformed our opinions may be.

But like many things in life, just because we can… doesn’t mean we should.

Before you yell at someone else’s child, take a moment to think about the example you will set.

Take a moment to think about what you’re really doing.