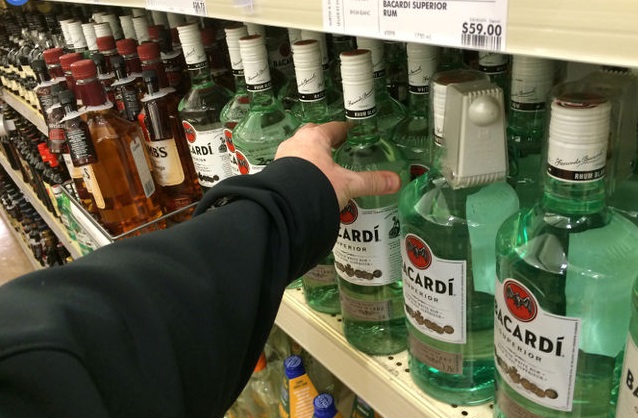 LCBO workers are putting pressure on the government-owned alcohol monopoly to settle the ongoing labour dispute before a looming Canada Day strike action that’s threatening many people’s plans. The Ontario Public Service Employees’ Union (OPSEU)  which represents 8,000 LCBO workers  are set to strike as of 12:01 a.m. on June 26 on the deadline for the new collective bargaining agreement.

Both sides are trying to sign the agreement, which expired on March 31and with only a week to go before Canada Day,  it may be time to stock up on booze now because it may not be available on one of the most anticipated long weekends of the year.

Knowing this, OPSEU launched an online countdown clock, LiqiLeaks – which pays homage to WikiLeaks – last Friday in an attempt to reveal stories of its workers while blasting government decision makers.

In the ad blitz, the site takes aim at Liquor Control Board of Ontario president and CEO George Soleas, highlighting he “has a six-figure salary and a full-time job, but makes over 84 per cent of his LCBO retail employees work part-time.”

Soleas, who earned $386,731 in 2016 according to Ontario’s Sunshine List, said in a video response to the campaign issued on Friday “it is unfortunate that the union has chosen a timetable which raises the possibility of a potential labour disruption at one of the busiest times of the year.”

Soleas also said that workers have to appreciate “the new retail environment in which we operate.”

That’s a reference to Premier Kathleen Wynne’s expansion of wine, beer and cider to scores of Ontario supermarkets.

The Liberals rolled out the changes last October, and by the end of the month, alcohol will be available in 206 grocers – something Wynne says increases competition for the LCBO. But not all agree.

OPSEU president Warren “Smokey” Thomas estimates 84 per cent of the LCBO’s workforce consists of part-time employees, with more than 80 per cent of those workers being female.