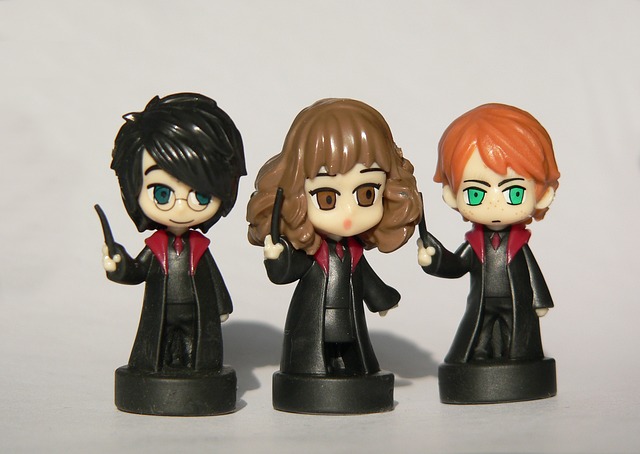 J.K. Rowling, the Harry Potter author is a perfect example of of how failure can provide a foundation for success, as long as you respond the right way…

Twenty-three years ago, Joanne Rowling, an unemployed single mother, applied for welfare benefits so she could take care of her one-year-old daughter. Clinically depressed and occasionally contemplating suicide, she considered herself to be as “poor as it is possible to be in modern Britain, without being homeless,” and later would look back on that time in her life and say she was “the biggest failure I knew.”

During that period she finished her first novel. Twelve publishers rejected it. The thirteenth took a chance on her — just like she had taken a chance on herself.

To date over 500 million copies of J.K. Rowling’s Harry Potter series have been sold, making it the all-time bestselling book series. (Harry Potter and the Sorcerer’s Stone alone has sold more than 120 million copies.) The Harry Potter movies currently are the highest-grossing film series ever. And Rowling is the first author to earn more than $1 billion.

How did she change her life? Here’s what she said:

“I stopped pretending to myself that I was anything other than what I was, and began to direct all my energy to finishing the only work that mattered to me. Had I really succeeded at anything else, I might never have found the determination to succeed in the one area where I truly belonged. I was set free, because my greatest fear had been realized, and I was still alive, and I still had a daughter whom I adored, and I had an old typewriter, and a big idea. And so rock bottom became a solid foundation on which I rebuilt my life.“

Read stories of successful people and it’s easy to think they possess some intangible something — ideas, talent, drive, skills, creativity, etc. — that you don’t have. In most cases, they didn’t. While it’s easy to look back on a path to success and assume that every vision was clear, every plan was perfect, every step was executed flawlessly, and tremendous success was a foregone conclusion… it wasn’t.

Success is never assured; only in hindsight does it appear that way.

If you’re willing to work hard, persevere, and take a chance on yourself, who you are is more than enough. Even if you’re on the extreme downside of advantage. Even if you feel you have nothing going for you.

After all: Once you had to wait — to be accepted, to be promoted, to be selected… to somehow be “discovered.” Not anymore.

Access is nearly unlimited; you can connect with almost anyone through social media. You can publish your own work, distribute your own music, create your own products, attract your own funding.

You can do almost anything you want, and you don’t need to wait for someone else to discover your talents.

The only thing holding you back is you… and your willingness to try.

And while you may not become the next J.K. Rowling, that’s okay — because you can be the first you. GO FOR IT!!!