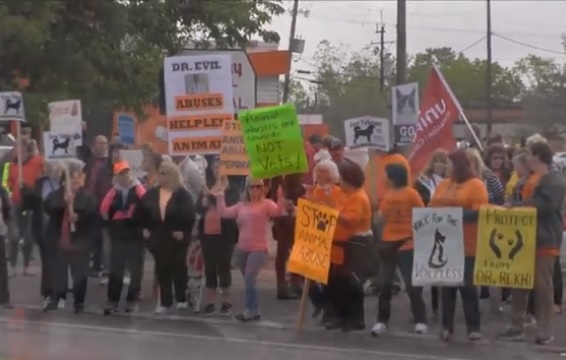 Outraged was sparked earlier this month as it was learned that the crown had dropped 16 animal cruelty charges  against veterinarian Dr. Rekhi of Skyway Animal Hospital in St. Catharines despite vivid video evidence of his abusive behaviour.

St. Catharines council is now unanimously voicing their objections to the ruling  to Ontario’s Ministry of the Attorney General.  They are also calling for answers as to exactly why charges were dropped against the doctor in the form of a written statement  from the Crown.

Port Dalhousie Coun. Carlos Garcia made the motion in council last night and noted that in this particular case there is no question about this individual’s guilt as there were a dozen videos showing him mistreating animals. (pictured below Dr. Rekhi) More than 16,800 people have signed a petition on change.org since the charges were dropped due to technicalities that included a formal complaint was not issued prior to the charges being filed. As a result the Crown determined there “was no reasonable prospect of conviction.”