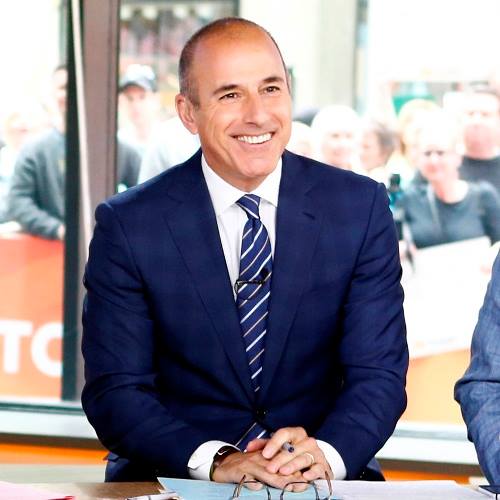 More sexual allegations this morning and more firings of big media personalities.  This morning it was “Today” show host Matt Lauer who has been fired by NBC News.

The reason cited is “inappropriate sexual behaviour,” making him the second morning television show personality to lose his job because of sexual misconduct charges in a week.  Last week, CBS News fired Charlie Rose (below) after complaints from several women who worked for him. Lauer’s co-host Savannah Guthrie made the announcement at the top of  this morning’s “Today” show.

NBC News Chairman Andrew Lack said the network had received a complaint from a colleague on Monday night, and a review determined it was a clear violation of company standards. While it was the first complaint lodged against Lauer, Lack said in a memo to staff that “we were also presented with reason to believe this may not have been an isolated incident.”

Lauer, 59, has hosted “Today” for two decades. When paired with Katie Couric, “Today” was the longtime ratings leader and was highly lucrative for NBC. It now runs second in the ratings to ABC’s “Good Morning America.”

Next post Police Warn About On-Line Scam in Niagara