The Mediterranean Diet – The Key To a Long Life? 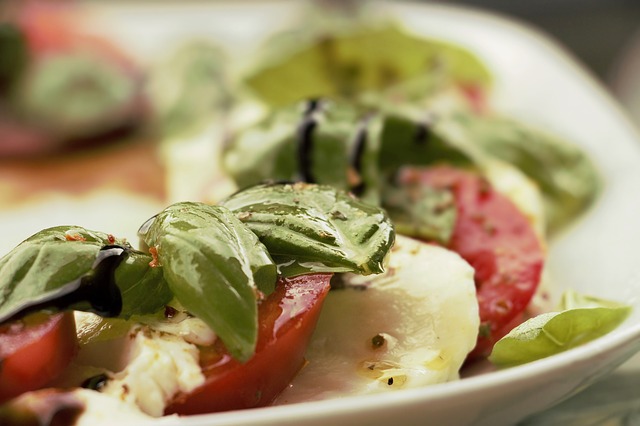 Leonardo da Vinci once remarked, “Trifles make perfection and perfection is no trifle.” Trifles can make a huge difference in surgery, when building rockets, in nutrition, or in life generally.

For instance, a report in the publication LifeExtension shows that a Mediterranean Diet prolongs life. As we all age, this is no trifle.

For years doctors and nutritionists have known the Mediterranean Diet is a “Five Star” one. But no one knew why this diet had such remarkable benefits. Now, researchers have discovered its success is due to polyphenols (a plant based compound). They lower the risk of cardiovascular disease (CVD) by an amazing 60 percent! This means fewer heart attacks, strokes, hypertension and less inflammation.

The author of the report, Michael Downey, says that most people fail to obtain sufficient polyphenols in their diet. Authorities agree that people should eat 10 servings of fruit and vegetables every day to reduce CVD risk. Unfortunately, for most people, it’s impossible to consume this amount of fiber, nuts, artichokes, lentils, grapes, pomegranates, olives, fish and wine each day. One researcher made the sage remark that “the Mediterranean Diet provides more protection against heart disease than most of today’s prescription drugs!” And this isn’t a trifle!

Since so many North Americans suffer from hypertension, one study is of particular importance. After a year on two types of Mediterranean Diets, subjects showed that blood pressure had declined. Equally important, researchers discovered that increased amounts of polyphenols and nitric oxide were being excreted by the kidneys.

Nitric oxide (NO) is nature’s natural arterial relaxant. I’ve previously reported that, as we age, less NO is produced by our bodies, causing constriction of arteries, hypertension and erectile dysfunction. Neo40, a natural remedy, is a pill that produces NO and is available in Health Food Stores (HFS). Due to my age I’ve been using this product daily for several years.

In view of the increasing prevalence of Alzheimer’s disease another finding is significant. Those who were consistent in following the Mediterranean Diet had less age-related brain shrinkage,

Since it’s a challenge for most people to consume sufficient polyphenols, extracts such as grapeseed, pomegranate, walnut, pecan and artichoke are also available in Health Food Stores.

I love blueberries and was pleased to read that numerous studies show blueberries supply the brain with increased amounts of oxygenated blood. British researchers studied the effect of blueberry concentrate on brain function for 12 weeks on a group of people with an average age of 68.

What made this experiment unique was that researchers analyzed brain function with a powerful MRI scanner while subjects were being asked questions. This revealed that blueberries produced a significant increase in brain activity.

Later, the use of blueberry concentrate on a group of children 7 to 10 years of age showed another amazing finding. They were given a battery of tests over a period of several hours. Significant improvements in memory were seen as quickly as 1.25 hours after using blueberry concentrate. Some authorities have labelled blueberries as the number one antioxidant. This means that blueberries destroy what’s known as free radicals, the waste products of metabolism, which are associated with an aging brain, cancer, and heart disease.

So the Mediterranean Diet is a prudent way to fight these major problems as it contains a variety of fruits, vegetables, fish, grapes, nuts, fiber, and tomatoes loaded with lycopenes which may help to prevent prostate cancer. A variety of healthy polyphenol extracts are all available in Health Food Stores.

I’ll add more blueberries to my diet. I’ll also continue taking Neo40 and several thousand milligrams of vitamin C powder daily, which carries more oxygenated blood to the brain. Why? Because during the past year no reader has been able to inform me of anyone who has developed Alzheimer’s disease while taking 4000 to 6,000 mg of vitamin C daily for several years. This is a very interesting finding.