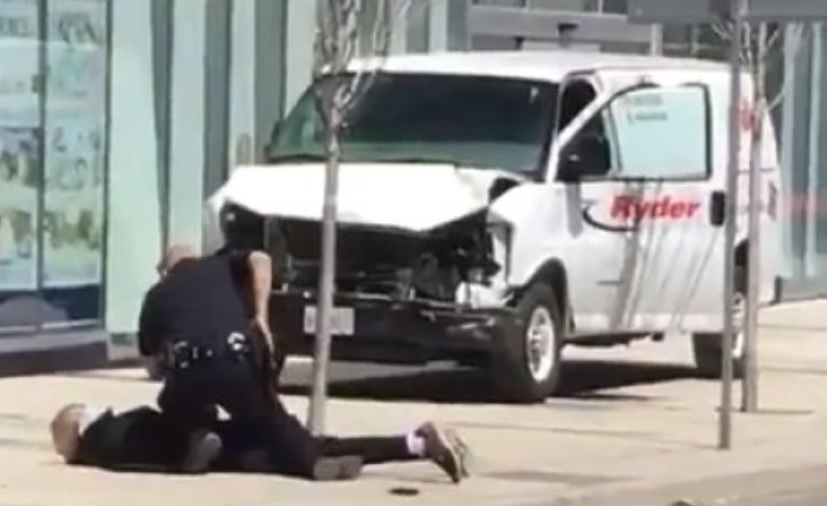 Twenty-five-year-old Alek Minassian is allegedly responsible for an attack in north Toronto that killed 10 people and injured 15 others, according to police.

The Richmond Hill, ON resident was arrested 26 minutes after police received the first 911 call about pedestrians being mowed down by a van and  Toronto Police Chief Mark Saunders said that “It’s very clear from a general perspective that the actions were deliberate.”

Pictured below, Minassian who is listed on his LinkedIn profile as a college student from 2011-2018. Saunders wouldn’t call the attack terrorism but also said that investigators were not ruling it out. Minassian ran down pedestrians on purpose, Saunders said.

Below, a map of where the attack took place. Public Safety Minister Ralph Goodale called the attack horrendous, and said it was not related to national security. He previously said there is no information indicating that the Canada’s terrorism threat level should be raised.

Next post Single Vehicle Roll Over in Niagara Falls