Memorial Site Set Up at Van Attack Location in Toronto 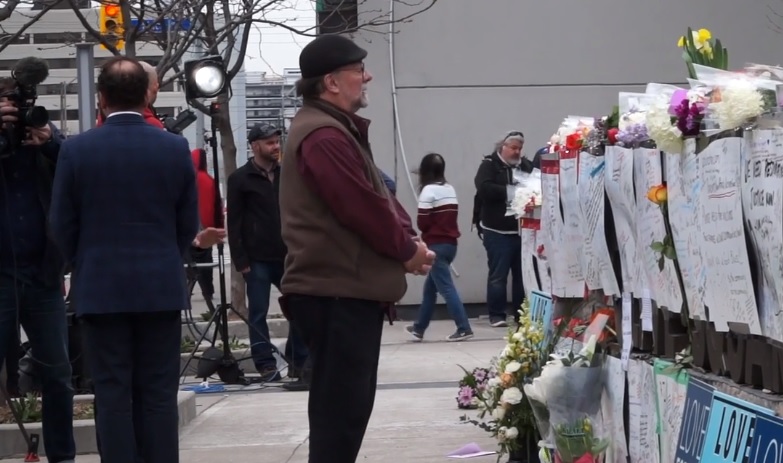 Toronto residents have flocked to Olive Square, near Yonge and Finch, to express their condolences, light candles, and leave flowers and messages for the victims of the van attack that happened Monday afternoon.

Messages of condolences are there in  many languages as residents come together to mourn the tragedy  that claimed the lives of 10 people and injured 14 others.

The City of Toronto has partnered with a local registered charity to collect funds for those most affected by this week’s deadly event.

Money raised through the #TorontoStrongFund, as it’s being called, will be used to support victims, their families, first responders and anyone else who was seriously impacted by the incident.

“We are seeing a tremendous generosity of spirit and an outpouring of public support across Toronto, Canada and from around the world,” said Mayor John Tory in a press release announcing the fund.

Previous post Hotel Tax Gets Thumbs Up from City Council