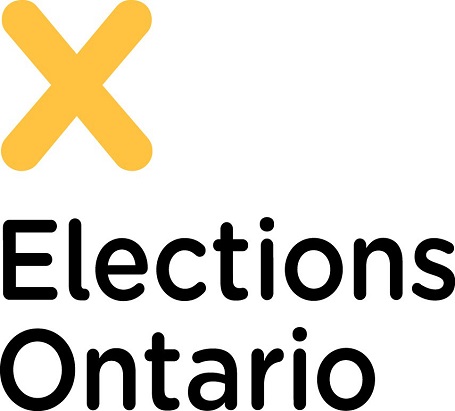 The 42nd Ontario general election will be held tomorrow on June 7, 2018, to elect the 124 members of the 42nd Parliament of Ontario.

Advance Voting Turnout Is Up

So far, Elections Ontario says turnout has been high at advance polling stations across the province and around 768,895 voters have cast their ballot early.

As Technology Changes so Does Voting

For the first time, e-poll books and vote tabulators were used at advance polling locations across the province, reducing wait times for electors, according to Elections Ontario.

“Technology in the polls made voting even easier for electors who chose to vote during advance voting, and we are pleased with the positive feedback we have received across the province. We are modernizing Ontario’s elections in a measured and principled way to give electors and better voting experience” says Greg Essensa, Ontario’s chief electoral officer.

Where do I go to vote?

If your name and address are on the provincial voters list, you will have received a Voter Information Card in the mail before election day. The card will include all the necessary information about your voting location and you’ll need to bring it with you when you cast your ballot.

If you don’t receive the card in the mail, you can find out where to vote by using Election Ontario’s Voter Information Service.

When can I vote on election day?

How do I find my electoral district?

You can find information about your electoral district by entering your postal code on this section of the Elections Ontario website.

What if I’m away from home throughout the election period?

Ontarians who can’t vote on election day or in advance (including students living away from home and members of the Canadian Forces) may be eligible to vote by special ballot. Details on voting by special ballot can be found here.

What identification do I need to vote?

If you receive a Voter Information Card in the mail, bring the card and one piece of identification that has your name on it to vote.

If you don’t receive a Voter Information Card, bring one piece of ID that has your name and your residential address to vote.

Acceptable forms of ID include an Ontario driver’s licence, an Ontario photo card, a utility bill, a bank statement or a T4 slip. A full list of accepted forms of identification is available online.

Options for voters with disabilities, or those who are hospitalized

For Ontarians with disabilities, there are several options for accessible voting. They include assistive voting technology, voting by mail, and voting by home visit. Those options are detailed on the Elections Ontario website.

Ontarians who are hospitalized during a general election can also vote by special ballot from the hospital. Details are available here.

Can I take time off work to vote?

The Ontario Election Act stipulates that every employee who is qualified to vote “shall…have three consecutive hours for the purpose of voting” on election day. Time taken off needs to suit “the convenience of the employer,” but employees must not be docked any pay.

Can I take a selfie with my ballot?

No. The Ontario Election Act prohibits voters from using communications devices at the voting booth and displaying their ballots to anyone. That includes taking pictures of your marked ballot and posting it on social media.

Can I decline my ballot?

Yes. When you are handed a ballot at your polling location, just tell the election official that you are declining your right to vote. The ballot will be marked as declined. The total number of declined ballots in the province will be included in the official election results. Here is an overview of the platforms in under 5 minutes for your reference from CityTV News: