Father’s Day – How it All Started! 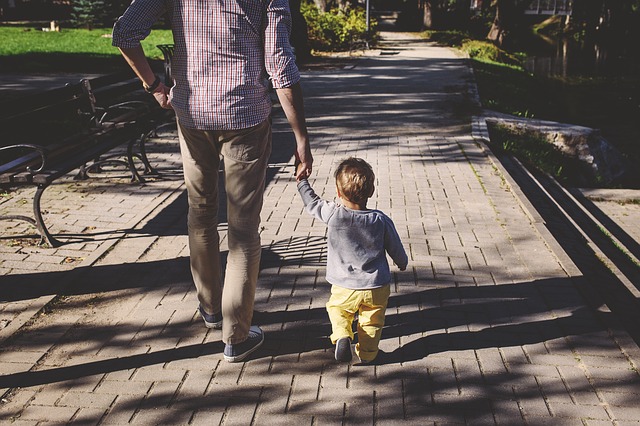 Father’s Day is today and it all began when a young woman wanted to honor her own dad back in 1909.

In May of 1909, Sonora Smart Dodd of Spokane, Wash., sat in church listening to a Mother’s Day sermon. She decided she wanted to designate a day for her father, William Jackson Smart. Dodd’s mother had died in childbirth, and Dodd’s father, a Civil War veteran, had taken the responsibility of  raising the newborn and his other five children by himself.

The following year, Dodd wanted to celebrate Father’s Day on June 5th, her father’s birthday, and petitioned for the holiday to be recognized in her city. Needing more time to arrange the festivities, Spokane’s mayor pushed the date back by two weeks, and the first Father’s Day was celebrated on June 19, 1910, according to the Spokane Regional Convention and Visitor Bureau.

At the first Father’s Day celebration, young women handed out red roses to their fathers during a church service, and large baskets full of roses were passed around, with attendees encouraged to pin on a rose in honor of their fathers – red for the living and white in memory of the deceased. Dodd then brought her infant son along on a horse-drawn carriage ride through the city, bringing roses and gifts to home-bound fathers.

While Congress was quick to officially declare the second Sunday in May as Mother’s Day in 1914, after it was first celebrated on May 10, 1908, it took much longer for Father’s Day to be legally recognized. But thanks to Dodd’s celebration, Father’s Day steadily gained popularity.

In 1924, President Calvin Coolidge said that he supported it, in order to establish closer relationships between fathers and their children and to impress upon fathers the full measure of their obligations, according to the Library of Congress.

And the holiday gained more traction in 1938 when a trade organization, the National Council for the Promotion of Father’s Day, which was formed by men’s clothing retailers in New York City, decided to take up the cause, according to Consumer Rites: The Buying and Selling of American Holidays (Princeton University Press, 1995).

President Lyndon Johnson issued the first presidential proclamation honoring fathers in 1966, but it wasn’t until 1972 that President Richard Nixon signed the public law that made it a permanent holiday. Since then, Father’s Day has become a time to recognize the many different father figures in our lives.

Happy Father’s Day to all the wonderful dads out there!

Next post SMELL POWER - 6 TOP SCENTS THAT WILL MAKE YOU PRODUCTIVE!