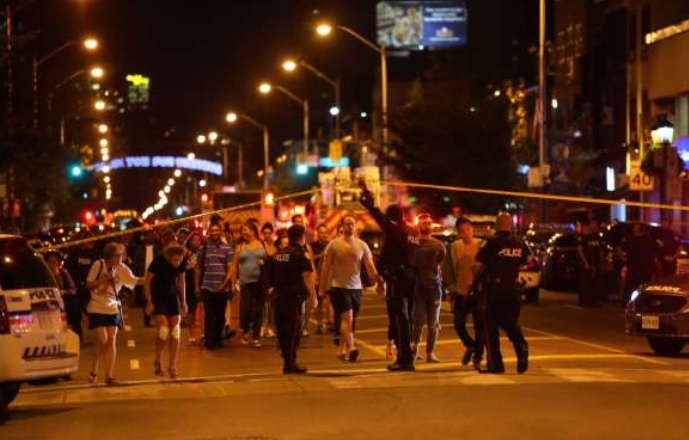 A gunman and two victims are dead and 12 others are in hospital after a shooting in Toronto’s popular Greektown neighbourhood on Sunday evening, police say.

One person killed is a woman. One of the injured, a young girl aged eight or nine, is in critical condition, according to authorities.

Ontario’s Special Investigations Unit, which probes police-involved shootings, said the suspected gunman, 29, is also dead. Police, meanwhile, are working to determine what may have led to the violence.

Toronto Police Chief Mark Saunders urged the public to share any information they have about the shooting, including video of what happened. He said police don’t know what prompted the attack but are investigating all possibilities.

According to the SIU, a man walking along Danforth Avenue fired at groups of people several times at about 10 p.m. ET on Sunday. Saunders said the man was armed with a handgun.

The SIU said police located the gunman on Bowden Street, near Danforth and Broadview avenues, and an exchange of gunfire took place. The SIU said the gunman fled from the area and was found dead on Danforth Avenue.

Saunders said it’s not clear how the suspect died but no officers were injured.  This is a developing story.

The area of Danforth Ave at Broadview is expected to be sealed off until later today as investigations continue.