GOT A STORY?
featured businessesLife

The Dream Machine – A Career of Connecting People with their Passion 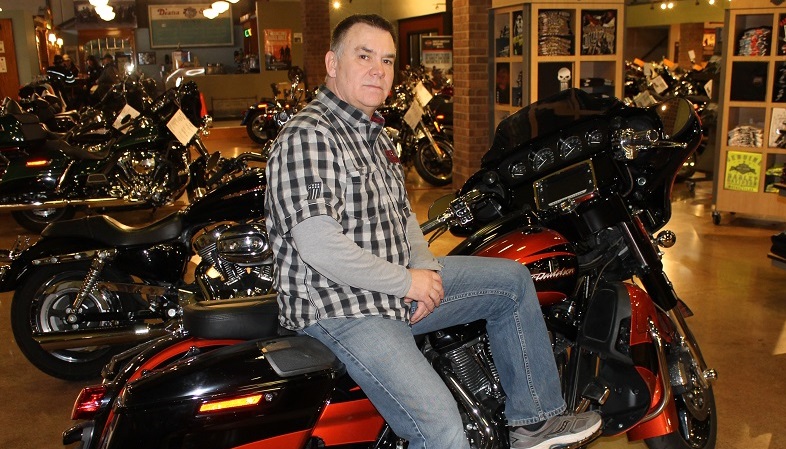 You could say Mark Winner was destined to make a career of motorcycles.

As a kid growing up in Bramelea, ON, he was just 10 years old when his big brother got him on to his first dirt bike which then progressed eventually to street bikes.

“I have been in this industry for 40 years now, says Winner from his office as he reflects on a career that will be officially wrapping on Feb 1st.  “I will turn 60 and I’ve just had 3 jobs of which one was not related to bikes but it is the one that actually got me on to bikes, so I guess they all were about bikes.”

The first job he’s referring to was at 15, working for a guy with trucks in the Caledon area.  As a mode of transportation to and from his home he got access to the employer’s two motorcycles (even without a license).

Says Mark with a laugh, “I guess those were my first company bikes.  There was a Honda and a Harley police bike, I used them both and it went from there!”

Fast forward a few years there and a girl he started dating just happened to have a father who was a motorcycle racer.

“I was hanging around at his friend’s shop all the time, ” recalls Mark. ” I was about 19 years old and he finally said to me, are you interested in working in motorcycles?  And I said yes so he sent me to Deeley Harley-Davidson® in West Toronto for an interview with a guy he knew there.”

So as luck would have it, one of Mark’s other great passions is hockey, and the interview was with a person that also loved the sport.

Mark remembers the interview. “So when I got there, I actually knew the guy and played hockey with his boys and all we did was talk about hockey, nothing about motorcycles.  I got hired on the spot! ”

At the time Deeley was the only Canadian Distributor of  Harley-Davidson® Motorcycles, so there were lots of opportunities, but it was at the shipping and receiving in the warehouse that Mark got stationed first, before moving up the ranks to the Assistant to the National Parts Manager. From there he started working directly with the dealers until he was promoted to the Warehouse Manager.

Below a Deeley Newsletter from 1985 featuring a 26 year old Mark. Adventure was always part of the job, below, Mark mid 1980’s with a black eye in Shallow Lake ON, after the wind shoots a ground peg from a Harley display balloon into his sunglasses. Mark’s expanding repertoire of motorcycle knowledge coupled with his knack for creating and maintaining good relationships made him a real asset to the organization and by 1988 he became the District Sales Representative, looking after dealers all across Ontario, of which his future employer Clare’s Cycle and Sports in Fenwick, was one.

Mark remembers his early meeting with the Clare gang. “Right from my warehouse days, the Clare family would come and pick up motorcycles. The first interactions with them I can remember is actually with their grandfather.  He used to come and pick up the bikes and he would bring the grandchildren; Randy, Robin and Mary Kay.”

Twelve years later, and getting tired of what had now become a long daily commute from Niagara (where he had taken up residence), Mark left Deeley.

This began the pivotal and as Winner describes it somewhat difficult transition into working at the retail level in the motorcycle business.

“That transition to retail was TOUGH in the beginning. I went from Deeley with business owners where I had a product they needed and then transitioned to being a guy selling parts to people on the floor. ”

The parts job he landed was at Clares on a part-time basis, filling in for a maternity leave.  The part time gig would never end however, in that it would evolve and eventually blossom into a career path.

Remembers Mark, “As time went on it just seemed to get better with what I was doing and one day I realized WOW how many people have I helped and none of these people have needed me, they just have a shared passion. They LOVE motorcycles and I actually have a job where I help people realize their dreams of freedom and passion.”

This empowering revelation  inspired Winner to carry on his pursuits at Clares and to become more and more integrated not only with the bike community members that he regularly saw, but with the Clare family themselves as workdays turned into trips, events and lots of quality spent together with tons of laughs along the way.

Come 2008, he moved on to the new store, Clare’s  Harley-Davidson® of Niagara, when it opened. (Below, working the phones in his Niagara-on-the-Lake office). Below, 2011 James, Dino and Mark  pose for a Movember photo shoot (an annual charity event involving the growing of mustaches during the month of November to raise awareness of men’s health issues) . On one of many work trips through his career, the view from the Mount Mitchell Look Out 2014.  (This classic 100-mile ride is a challenging route that takes riders up to the highest point in the eastern United States and is the highest peak of the Appalachian Mountains in North Carolina). Below, Mark in Nashville 2014 on the Tail of the Dragon, considered one of the most exciting drives in America with its 318 turns over 11 miles of highway near the North Carolina, Tennessee State line. Below, Puerto Rico work trip 2017.  Enjoying a cold one for a job well done! Relationships and friends that have gone on for many years has been one of the most endearing aspects of his career says Mark.

“I love those relationships that will not end once I’m done here . It drives my kids crazy because we can be 1000 miles away and I know people and it is a long running joke in our family that we can’t go anywhere that I don’t know someone!”

Below, Nathan, Mark’s son, checks out a Harley first hand in Las Vegas 2011… Bike Culture Then and Now

Through a career that has been 40 years in the business, Mark has seen a lot change in the community of  motorcycle enthusiasts.

“Bike culture has evolved a lot since I started in the business. In the 80’s it was a niche thing. A blue collar type environment. Over the years it got more trendy, and everybody got into it. Lawyers and doctors and bikers and garbagemen you name it. And the cool thing now is how it all transcends stereotypes and borders and everyone comes together as motorcycle community. All walks of life. Doesn’t matter where you come from or what you do. The passion brings everyone together.”

Mark also takes pause to note that being part of the Clare family business has been a huge part of why his career has been so rewarding.

“The Clares took me in and made me feel like part of their family since the beginning. They have supported me work wise and personally and I am so grateful to have been able to live my life like this!”

Randy Clare sitting by in a nearby office echos the sentiment and says Mark’s presence has been invaluable to the business and as a friend through the many years.

“We were always on the same page in may respects be it business or life perspective. We were great sounding boards for each other and had a mutual trust. Even when tough decisions had to be made, they were fully vetted and it helped enhance not only my business but my personal life.”

Below, Randy with Mark, says Mark’s strong work ethic ,insight into the industry and great personality really endeared him to customers and staff alike through the years and will be greatly missed. Mark is officially retiring from Clare’s after an amazing career.  It is something he has thought about a lot and it will coincide with his 60th birthday.

“There’s a little uncertainty and a little fear but its something I have been thinking about a lot. I don’t know what I want to pursue yet, but I am excited to travel, have more time with kids, ski,  play hockey, hike, so many things but I will miss everyone and want to thank all the people have touched my life and given me their support over the years.  It’s been great!”

Everyone is invited to stop by and congratulate Mark on his new found freedom at his Countdown to Retirement Event this weekend Saturday January 26, 2019 , 10 am-3 pm.  Say hi to Mark, chow down on a delicious Pig-Roast and join the gang to celebrate an amazing man and career with a special recognition announcement from the Clare family at 1 pm. Next post Sexual Assault - Charges laid against a NRPS Constable

Autumn Rides and Lots to Do at Clare’s 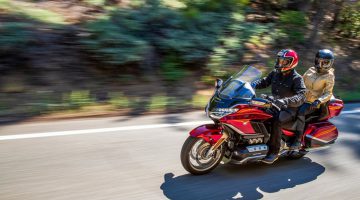 Come On Down to Bike Night at Clare’s Tomorrow! 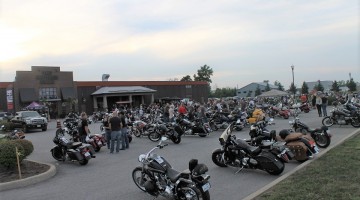