Breakfast – EVERYTHING You THINK You Know May Be WRONG 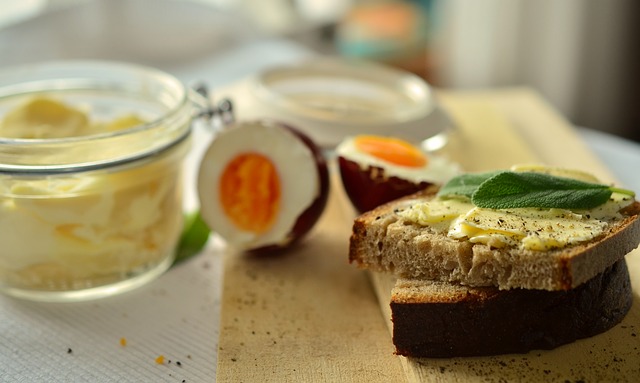 My mom was definitely a believer. She made sure we ate breakfast every morning. To her, us missing breakfast would have been like us forgetting to get dressed before we left the house. It just wasn’t done.

So I’ve eaten breakfast my whole life. I usually eat within ten minutes of waking up. (I eat about six small meals a day, which also means that at any point in the day I’m about thirty minutes away from feeling hungry.)

Me, I’m all-in on the importance of breakfast. Yet my wife rarely eats breakfast. Sometimes she doesn’t eat until lunchtime, but she suffers no ill effects: she’s one of the smartest, most productive people I know, and she’s trim and fit and, well, let’s just say I’m a lucky guy. And as for heart disease? I’ve eaten breakfast my whole life… and I’ve had a heart attack.

Granted, my wife and I comprise just two data points, but our “findings” may be as accurate as much of the research.

The heart disease study sounds scary but ultimately shows only that heart disease and skipping breakfast are correlated, not causal. It’s a little like the old saying about churches: cities with more churches tend to have more alcoholics (or NBA fans or cat lovers or really, anything.)

While that sounds like churches lead to alcoholism, the simpler explanation is that cities with more churches tend to have greater populations, meaning the number of people in any subset will also be greater. The number of churches and the number of alcoholics correlates, but is not causal.

The same is somewhat true for the finding that kids who eat breakfast perform better in school. While a hungry child is less likely to be able to focus, most of the research looks at kids who are part of school breakfast programs, which means the majority of those kids come from underprivileged backgrounds and may not be getting enough to eat in general.

Eating a meal at school makes a difference for children who are chronically hungry. That meal just happens to be breakfast.

As for the relationship between skipping breakfast and obesity? People smarter than I have found major flaws in the related research.

So what does all this mean?

If what you’re doing is working for you, keep doing it.

And if not, make smart changes. Like all of us, you know the basics of how to eat healthy and get fitter. You know the right things to do.

So just start doing more of what you already know is good for you.

Yes, it really is that easy — and, of course, it is that hard.

That may include eating breakfast. Or it may not.

What matters is what works for you.