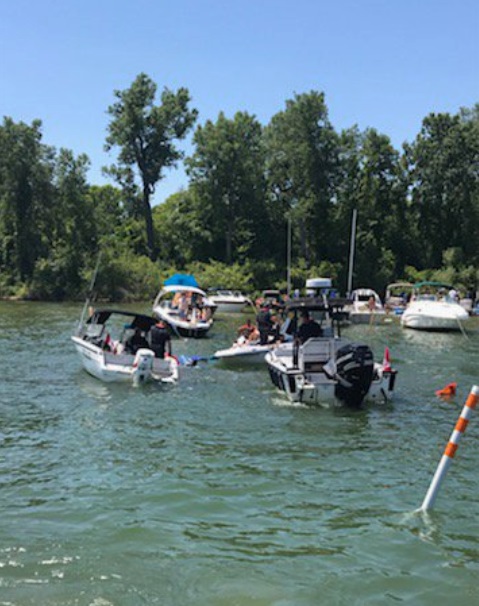 Provincial police rescued five people from a sinking boat in Lake Erie near Pottahawk Island on Sunday during a big boat party.

“It appears that the boat was overloaded with individuals, along with some other items in the boat,” Sanchuk said.

Hundreds of people flock to Long Point and Turkey Point each year for the Pottahawk Pissup, which is billed as Canada’s biggest boat party and as a result, officers were in the area when it happened.

Sanchuk said OPP had already responded to a few incidents during the party, including one in which a woman was burned by a barbecue. A man was also taken into custody for impaired boating after he blew almost twice the legal limit.

What happens, said the Constable, is that earlier in the day people will hitchhike to Pottahawk, but they won’t have a ride back home, and they’ll actually try to swim back — either to Turkey Point or Port Rowan.

Sanchuck said OPP are reminding people to put their safety first and use common sense when they’re out on the water.