Can You Help? Items Needed Today for Migrant Workers Affected by Fire 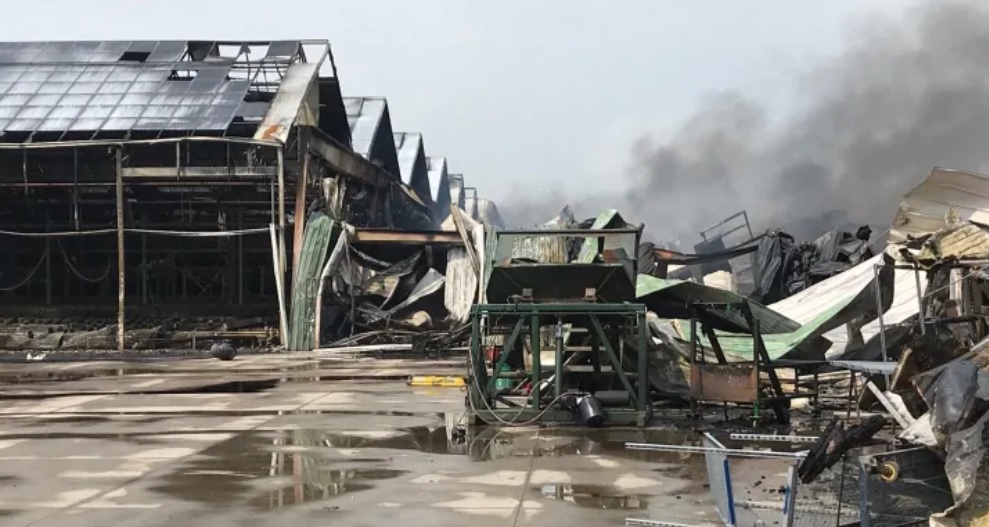 A collection has been organized for today to help the dozens of migrant workers who lost everything in the huge fire that broke out Friday night at Pioneer Flower Farms.

No one was injured in the blaze but flames destroyed about four or five residential buildings that housed the workers, according to Jeff McCormick, acting fire chief for St. Catharines Fire and Emergency Management Services.

The fire was in a structure that is a series of greenhouses and outbuildings and about 650,000 to 700,000 square feet in total.

“It’s a significant-sized fire,” McCormick said. “Probably, this would be the most significant fire that I have had of my 33-year career.”

The fire also spread across the grass and caused a “significant” bush fire, the city of St. Catharines said in a release. As many as 125 firefighters were battling the blaze at its peak

A message posted by Jessica McShane, who identified herself as a close friend of the owners, indicates there are between 30 and 40 workers whose residences were destroyed in the fire, which originated in the giant greenhouse complex.

The post notes that temporary housing has been arranged but that several personal items are needed.

Specifically, organizers are looking for socks and underwear, toiletries (shampoo, soap, body wash, shaving supplies, etc) and gift cards to places that sell the above (ie. Giant Tiger, Walmart, Real Canadian Superstore). There are 2 drop off points.  Please see below: Next post Police Looking for Driver After Fatal Hit and Run