What’s the Best Compliment You Ever Got? The Answer Reveals A Lot 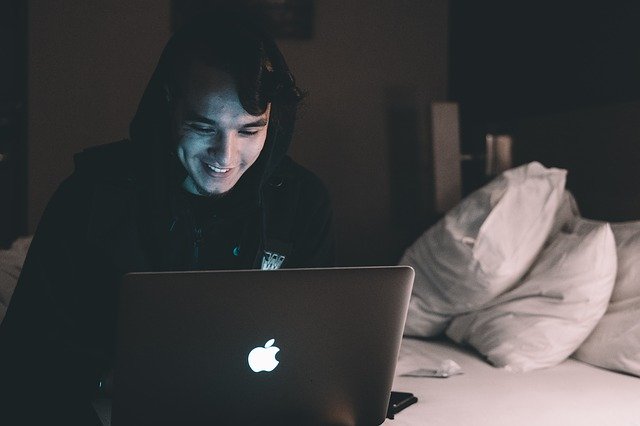 Think about the best compliment you’ve ever received. That answer may reveal more than you think.

In times of uncertainty and even crisis, it’s easy to lose your sense of purpose and direction. What once seemed important can suddenly seem insignificant. What once seemed crucial can quickly become irrelevant.

If that sounds like you, here’s a great way to recapture your sense of what truly matters to you:

Remember the best compliment you ever received.

Not the most effusive. Or the grandest, or most hyperbolic.

Instead, the compliment that spoke to a deeper meaning about who you try to be, what you try to do. One that has stuck with you because it went beyond the (however exceptional) superficial to strike a genuine chord inside.

That compliment reveals what truly matters to you — and what you need, especially in turbulent times, to stay focused on.

For example, take Michael Hirst, the creator, executive producer, and writer of Vikings. The series was just starting its sixth and final season and I asked him what, looking back, gave him the greatest sense of pride. Even though all those things are certainly important, and gratifying, this is what he said:

What am I most proud of? In a way, of helping give so much quality employment to so many people over so many years.

When individual members of the crew came up to me quietly and said, “Thank you,” because their sustained employment on the show had allowed them to buy a house, get married, send their kids to school … I always felt that my writing was not just to entertain people.

That’s the kind of compliment that reminds you not just why what you do is important, but why who you are — especially to other people — is important.

I can’t actually think of any better compliments than were paid to me on the set of Vikings. Perhaps because it took me by surprise.

I was so bound up in my own world, with my own problems. It’s often hard to think about other people, especially if they are outside one’s immediate circle. But what Vikings reminded me was that I was a part of a much larger circle. One is often unaware that the decisions you make send out ripples that spread and spread, affecting initially a few people, and then hundreds and perhaps thousands.

For all our sophistication and technology, we still live in a village. I’m English, so my connection to the Irish “village” might seem tenuous, especially given the history between our countries.

But in a quiet way, in the Wicklow fields and mountains, with all the shared passion generated by our wonderful show, divisions were healed and futures secured.

And I was no longer a stranger.

Research shows that more people regret things they didn’t do than the things they did, even if things they did turned out badly. (After all, with time and effort you can fix almost any mistake — but you can’t go back and do the things you dreamed of doing but didn’t, which means you can only think about how today would be different if you had.) A more recent study takes that idea even further, probing the kinds of regrets we have about the people we don’t become — which is the natural extension of the actions we didn’t take.

While we all regret not doing things we think we’re supposed to do, research shows three times as many people feel regret related to their ideal self as opposed to their ought self. In fact, when asked to name their single biggest life regret, three-fourths of participants named an action they didn’t take that would have helped them realize their ideal self.

As the researchers say:

When we evaluate our lives, we think about whether we’re heading toward our ideal selves, becoming the person we’d like to be. Those are the regrets that are going to stick with you, because they are what you look at through the windshield of life. …

… for most people, those types of regrets are far outnumbered by the ways in which they fall short of their ideal selves.

In short, we most regret thinking we aren’t doing the things that will help us become the people we wish to be.

Think about the best compliment you’ve ever received. That reveals the person you most want to be.

And can serve as the perfect reminder, especially during difficult times, of the things that matter most to you.