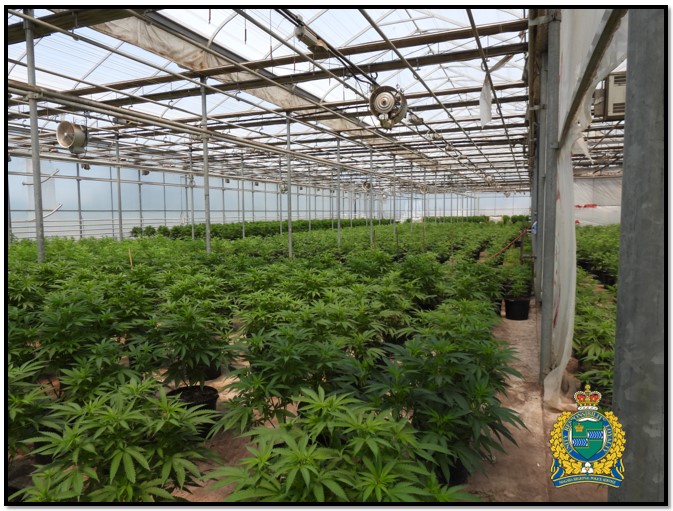 Police say 11 have been arrested due to a drug investigation that involves the largest marijuana grow operation ever investigated by the Niagara Regional Police Service.

In May of 2020, members of the Niagara Regional Police Service, Guns, Gangs and Grows Unit and the Opioid Enforcement Unit, began an investigation into a large scale illegal cannabis grow operation, in the area of Third Street Louth and Main Street, in St. Catharines.

The investigation began as a result of complaints from members of the public, concerned about the operation taking place from that location.

On Tuesday, June 30, 2020, police executed a search warrant at that address, after obtaining authorization from a Justice of the Peace.

At approximately 10:30 am, police entered the properties and immediately observed a well-organized and large scale cannabis growing operation. Police located 11 persons working on and tending to the cannabis plants found inside.

After searching the property, police found approximately 17,200 plants in various stages of growth. The estimated value of the marijuana is approximately $34,000,000.00.

See police photos below of operation: Police say the following individuals were arrested and charged with the alleged offence of Unauthorized Production of Cannabis contrary to the Federal Cannabis Act:

All were released on a Form 10 – Undertaking, and are expected to appear at court on September 4th, 2020, at the Robert S.K Welch Courthouse in  St. Catharines and a further suspect has yet to be identified, and has been held pending a video bail hearing on Wednesday July 1, 2020 until his identity can be determined.

The Niagara Regional Police would like to remind members of the public that under legalization, individuals can produce up to four cannabis plants per residence. If a member of the public has been granted a Health Canada issued registration/licence to produce cannabis for medical purposes, those authorizations are specific to the named individual and location as well as the prescribed plant amount. Cannabis grown for one’s own medical purpose cannot be sold, given or transferred to other parties. Aside from Federal Producers and regulated storefronts, it is an offence under the Cannabis Act to distribute or sell cannabis.