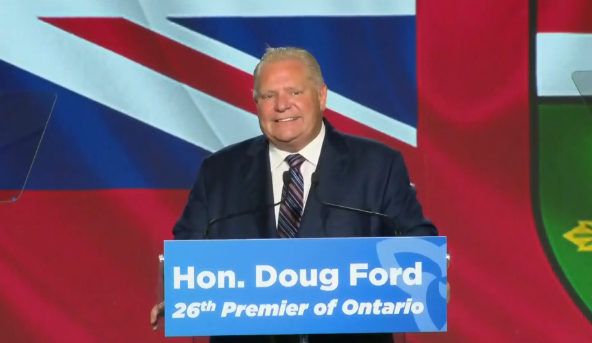 A huge amount of Ontarians decided not to get involved with the recent election and the province recorded the lowest voter turnout in history with only 43.5 percent casting a ballot.

Of the just over 10.7 million registered voters in the province, this equals just over 4.6 million votes cast.

That’s about 13.5 percentage points lower than the 2018 provincial election turnout.

Doug Ford’s Progressive Conservatives won with just over 1.9 million votes, leading to 83 seats in the legislature.

The Green Party got about six per cent of votes, resulting in one seat in the legislature.

Vandana Kattar, a strategist in the Prime Minister’s Office, attributed the low turnout to a lack of engagement between politicians and Ontario residents, which may have led to a lack of motivation come election day.

” I want you to know that every day I’ll wake up and go to work for all Ontarians.”