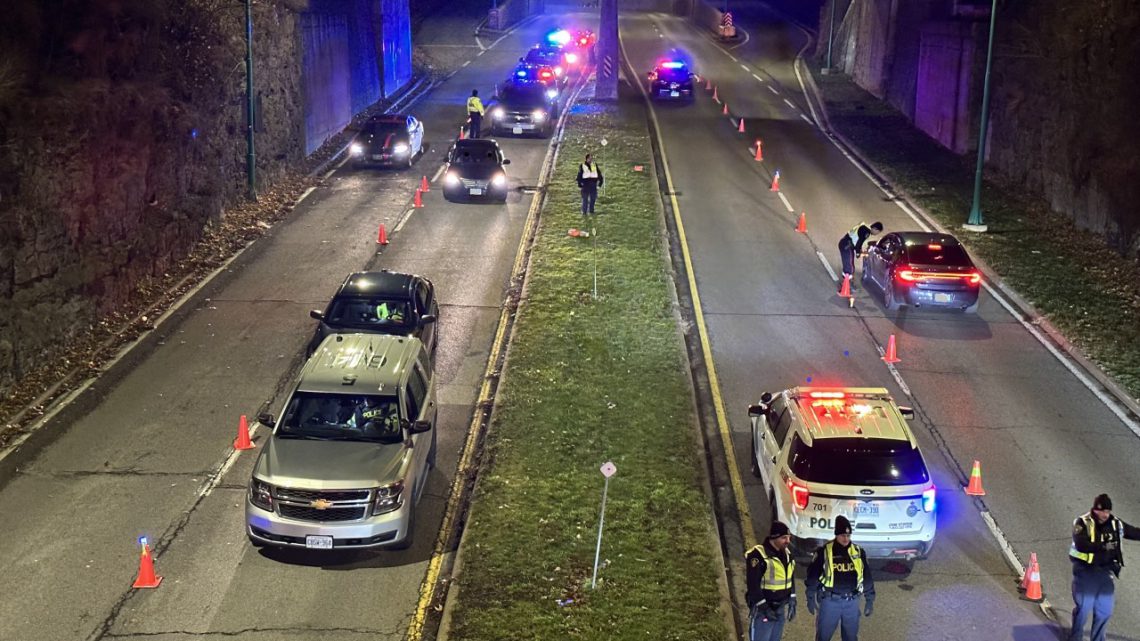 Niagara Regional Police conducted the Festive Weekend R.I.D.E spot checks this weekend and partnered with the Ontario Provincial Police and the Niagara Parks Police on Saturday in the initiative.

Throughout the night, the three police services working jointly stopped in excess of 1000 vehicles and inquired if any of the drivers had consumed any alcohol or drugs earlier in the evening. In total, 60 drivers were required to provide a sample of their breath for analysis.

Officers utilized Mandatory Alcohol Screening (MAS) legislation which allows any police officer to demand a sample of breath from a driver. Directly due to this, a Novice driver had their driver’s licence suspended for 3 days for having a blood alcohol concentration (BAC) above zero.

In addition to the suspension, several tickets were also issued to drivers for various traffic related offences.

The Niagara Regional Police Service remains committed to reducing impaired driving offences through education and the apprehension of offenders through enforcement programs like R.I.D.E. Impaired driving is still the leading criminal offence causing deaths in Canada.

This initiative has been made possible, in part, as a result of grant funding from the Ministry of the Solicitor General as part of the Reduce Impaired Driving Everywhere (R.I.D.E) program.

Next post Donate NOW to Help Lonely Seniors Get a Stocking this Christmas!