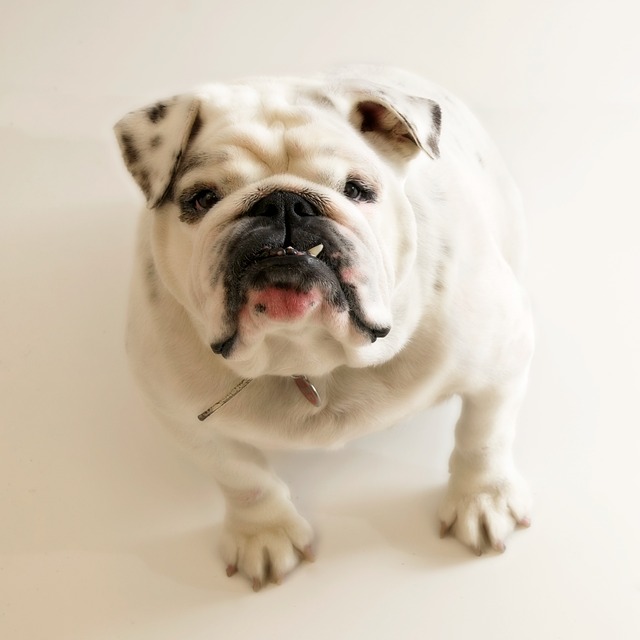 “You can judge a man’s true character by the way he treats his fellow animals.”
― Paul McCartney

Jack was a magnificent dog! From the moment he was born he stood out from the rest. He was a gentleman right from the start. We knew within weeks that this would be the new king to our empire, Jack was to become more than a family pet he was going to become a household name!

We were definitely smitten with our little bulldog. He might as well have been held up over pride rock as we offered him to our pack. They accepted him without question and they treated him with respect.  It seemed magical; back in those days it was believed leaders were always dominant. We thought they had to force and bully their way into top dog position. This was furthest from the truth and seemed to debunk all the training manuals. (Jack and Cat pictured below)

As a young trainer, I followed my predecessor’s teachings. My apprenticeship had taught me a lot. I worked the sleeve in teaching police dogs to bite. I learned to trust the service dog as he
guided me down the street. I read books from every acclaimed author. I learned about hierarchy and the role it played in dog training. I may have even scoffed a little at the new “positive motivational” training of the day. Through it all I continued to watch a little bulldog make his way through life. He became the mascot of a professional sports team. He grew into his ambassadorship of Safety, teaching school aged children how to avoid getting bit! He even had a role as the first bulldog for the world renowned “Superdogs”. By the way this forced us into an urgent training session in sound desensitization (fireworks set him off)! Jack deserved the spotlight and all the adoration that came with it. The development of the Cat & Jack K9 Safety program would not have happened nor have been as successful without him. It was his unique, calm personality that helped grab the kid’s attention. His reliability around large crowds made him a superstar in my books. He had nothing to prove, but we all had something to gain.

Bulldogs generally don’t live a long life. The breeding standards have created an unhealthy animal; something should be done about that. Whether we are breeding a litter of puppies for temperament, conformation or obedience trials it is our responsibility to do it right! We lost Jack just before his 10th birthday. It was a real tough day. His life was short but full. He touched many and has lived on in their childhood memories.

About the Author Cat Cino

Cat Cino is passionate about canines! Her life's work has been dedicated to improving the human-animal bond through education, training and rehabilitation of abandoned pets. Ms. Cino's personal approach to dog training has earned her the invaluable trust amongst North American pet owners and her peers. She is a recognized as the leader in dog bite prevention and canine aggression by the Ontario Attorney General, Elementary School Boards and many Humane Societies across North America including the Lincoln County Humane Society. She believes that dog training has little to do with obedience and everything to do with building relationships that are based on trust and mutual respect. For more information about Cat: www.catandjack.com